Wastewater BOD testing — is it time for a change? 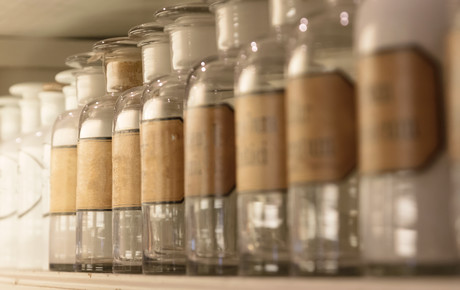 More than 120 years ago, English water authorities realised that there are thousands of different organic molecules to test for and that testing for each one would be prohibitively expensive and time consuming, if not at that time, impossible.

In response, they devised the 5-day biochemical oxygen demand (BOD) test. This test became a global standard as an indirect method to test the quantity of organic matter in water, and in fact it is still used today by many water authorities and governments worldwide.

The 5-day BOD was a good test in the 19th century, especially as it was relatively low cost and simple to perform. Over time, the acronym BOD almost became a standard word to describe organic contamination in water. For example, water with a high BOD result was considered highly contaminated with organic matter; conversely water with a low BOD reading was considered to be low in organic material. Unfortunately, this converse sentence may be quite incorrect, as water with a low BOD result may still be highly loaded with organics.

Of all the contaminants that the Hydroflux Group tests for, BOD is the least targeted and least reproducible measure. A BOD result can be generated by thousands of different types of organic molecules, not just one or two different kinds. Hence the test gives us clues as to what organic molecules are in the water. Give the same sample to two laboratories and the chances of the results coming back the same are almost nil. Hence the results, at best, are only indicative of high, low or medium strength water, and even this may be incorrect.

Apart from temperature and time being critical factors in BOD testing, the test is greatly affected by contaminant type and particle size, the quality of the bacterial seed and the matrix of the water sample. If for instance the water contains any slightly toxic compounds then the final BOD result will be artificially low. Conversely, samples with a high organic nitrogen component may give an artificially high BOD result.

As our understanding of water chemistry and biology has increased since the inception of the 5-day BOD test, the inherently insurmountable shortcomings of this test are becoming more apparent.

So what can we do to overcome or even replace the 5-day BOD test? The simple answer is a chemical oxygen demand (COD) test. While this test also has some shortcomings — for example a handful of recalcitrant organic compounds (particularly those found in the petrochemical and coal industries) may not register properly during the test — it accurately and reproducibly measures more than 95% of the oxidisable organic material found in almost any domestic or industrial waste stream.

The reliability and reproducibility of this method is low cost, and a two-hour turnaround test is why COD is making an ever increasing mark on today’s modern wastewater analytics.

A plan to recycle wastewater and make it drinkable could see the delivery of water to city...

From waste plastic to wastewater treatment

The ColoSSoS Project aims to integrate sewage testing results for SARS-CoV-2 with national...