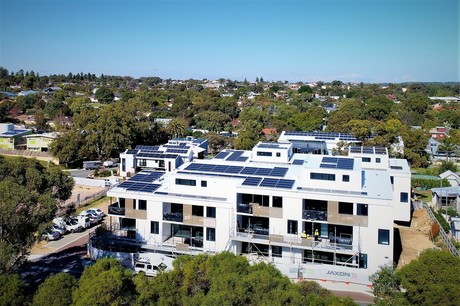 A sustainable apartment project in White Gum Valley, Western Australia, is said to be the first residential development in the country where residents can trade renewable energy with their neighbours.

Yolk Property Group has partnered with Power Ledger to implement blockchain technology at its Evermore development — powered by solar photovoltaics and lithium battery technology — allowing residents of the 24 apartments to buy and sell solar power amongst themselves. It’s the latest in a series of firsts that have been enabled by Yolk Property Group’s technology trials at Evermore, according to Yolk Property Group Director Tao Bourton.

“Evermore was the first apartment development for sale in Australia to utilise solar and battery technology in a strata setting and now residents of Evermore will be the first in Australia to take advantage of peer-to-peer renewable energy trading and all of the associated benefits,” Bourton said.

“Power Ledger’s blockchain technology, paired with the other power-saving initiatives at Evermore, gives residents exceptional control over their power usage and power costs, with residents only paying for the energy they need and onselling excess energy to neighbours, always taking advantage of discounted rates.” 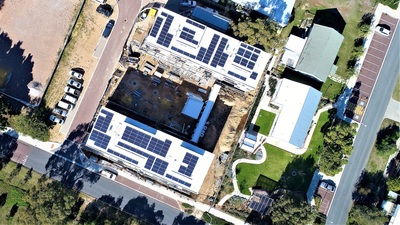 It has been forecast the 53.6 kW solar system with 150 kW of battery storage at Evermore will produce approximately 80% of the apartments’ power, with residents expected to benefit from a 30% saving on their electricity bills as well as less chance of being affected by fluctuations in energy prices. Power Ledger’s blockchain technology will provide the transactive layer for discounted power to then be freely sold between residents, with those using less power able to sell to neighbours requiring more power. Real-time measurement and recording of water and power consumption will further give residents greater control over their energy usage and ensure energy efficiency.

“Through developments like Evermore we are completely changing the way we use energy, delivering a modern, decentralised and low-cost carbon structure that residents can take advantage of,” said Power Ledger Co-Founder and Managing Director David Martin.

“By using Power Ledger’s energy trading platform, projects like this are paving the way forward for broader consumer access to cheaper energy, as we transition into a new consumer-driven energy demand paradigm.” 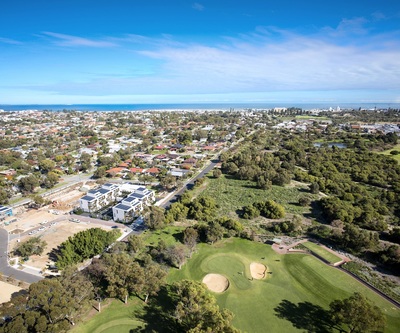 Bourton said demand for this kind of product is strong, as evidenced by the interest in the project.

“Buyers are getting more discerning — looking for developments that offer more in terms of sustainability, a reduced carbon footprint, genuine cost savings and modern technology. Through this project, we’ve shown that sustainability and affordability can go hand in hand, delivering an apartment where it is easy, attractive and affordable to lead a sustainable lifestyle,” Bourton said. 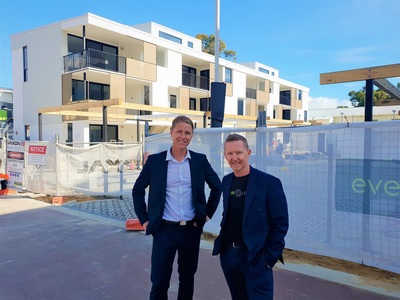 Evermore comprises one-, two- and three-bedroom apartments. Completion of the development is expected later this month.