'Organic' rechargeable battery on the horizon 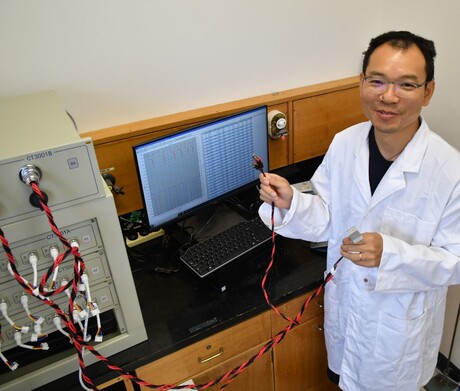 An international team of researchers from Flinders University along with scientific collaborators in China have produced an ‘organic’ polymer-based rechargeable battery with double the energy capacity of previous models.

The researchers have used a catalysis strategy to produce two-electron storage in organic radical batteries, or ORBs. ORBs are made of sustainable organic compounds that can reduce the reliance on lithium and cobalt mining. The metals in traditional batteries can often go unrecycled and eventually make their way into landfill — a situation that the researchers wanted to help avoid.

ORBs are claimed to be more environmentally friendly as they forgo metals and instead use polymer compounds — in this case something called 2,2,6,6-Tetramethylpiperidine-1-oxyl (conveniently shortened to TEMPO). Unfortunately, the usefulness of this class of battery was hindered by its lower capacity, with previous research suggesting the maximum capacity would only be 110 mAh/g.

The newly published study uses catalysis to circumvent this issue and doubles the storage capacity of the researchers’ previous battery developments, making them suitable for a range of applications.

“Catalysis has been widely used in lithium-based batteries such as lithium-oxygen batteries and lithium-sulphur batteries to improve their energy and power performance,” said Dr Zhongfan Jia, a research leader at Flinders University’s Institute for Nanoscale Science and Technology, who pointed out that the higher capacity for ORBs will potentially be more useful for real-world applications.

“This battery can deliver a capacity of 175 mAh/g, which is comparable to the commercialised lithium-ion battery, making a step closer to the practical use of ORBs.”

The researchers are now looking at the possibility of developing the organic batteries such that they can be implemented at a wider scale and, ideally, for them to eventually make their way into consumer electronics.

The study was published in the journal ACS Energy Letters.