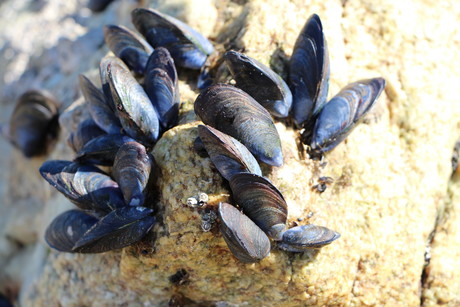 Chemical analysis of the sticky threads contained in mussels is inspiring engineering innovations to address problems including oil spills and water contamination. The adhesive properties of mussels, and the possibility of their use in a wide range of surface engineering applications, have been detailed by US and Chinese researchers in a review published in the journal Matter.

Mussels attach themselves to rocks using clusters of thin, hardy byssus threads, allowing them to withstand powerful currents and waves. These threads have adhesive capabilities thanks to an amino acid group called dihydroxyphenylalanine (DOPA), which clings to the surface by performing a series of molecular processes, including hydrogen bonds and hydrophobic and electrostatic interactions.

Chemical engineers have found that dopamine — a molecule with a similar structure to DOPA — can adhere to many solid substrates through these molecular interactions. Research suggesting that dopamine can form a universal coating on a wide range of substrates spurred the growth of mussel-inspired chemistry as a tool for material surface engineering and environmental science.

“Mussels are broadly regarded as a nuisance in marine industries because they will colonise submerged surfaces,” said researcher Hao-Cheng Yang, from the School of Chemical Engineering and Technology at Sun Yat-sen University.

“But from another point of view, the robust attachment of mussels on substrates under water has inspired a biomimetic strategy to realise strong adhesion between materials in water.”

Several mussel-inspired innovations are already in progress. A research team in China has developed a universal red blood cell that can be accepted by individuals of every blood type. The blood cell works by using mussel-inspired coatings to shelter the cell from detection by the body’s immune system, thereby preventing the destructive immune response that would result.

Other research has succeeded in developing materials for separating oil and water, which could help to mitigate environmental damage to marine environments after oil spills. Researchers believe these innovations may be suitable for large-scale production.

Mussels have also led to advancements in water purification technology. For example, materials capable of removing heavy metals, organic pollutants and pathogens from wastewater are being developed from polymerised dopamine, which easily binds to these contaminants.

Although the binding properties of mussels show potential for future technologies, several challenges must be overcome before they can be applied in the real world. Researchers are studying the structure–property relationships of mussel-inspired chemicals such as polydopamine to better understand the complex web of interactions between amino acids, which influence their adhesive properties.

“Despite simplicity and effectiveness, there are still some inherent limitations,” said Yang. “Alkaline conditions are usually needed to realise the polymerisation of dopamine, so it cannot be applied to materials that are unstable under alkaline conditions. Moreover, the deposition of PDA [polydopamine] is a time-consuming process — it takes tens of hours to form a uniform coating on most material surfaces.”

Some researchers are looking for low-cost, stable and safe substitutes to polydopamine, such as polyphenols, in the hope of overcoming these challenges.