The end of primary sedimentation tanks in wastewater treatment plants? 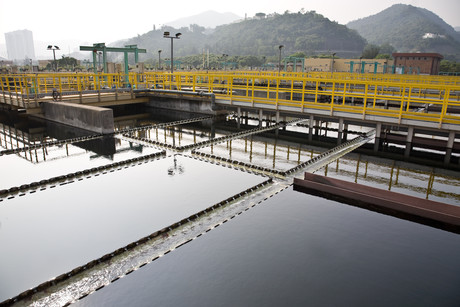 It was in the late 19th century when some cities began to utilise sedimentation systems to treat sewage and this remained the only means of treatment until the activated sludge process was discovered in 1912.

Sedimentation systems, which are more commonly referred to as primary sedimentation tanks or clarifiers, are still in use today. They are still incorporated into the design concepts and planning for future sewage treatment plants as they enable an initial BOD reduction of approximately 40 percent, thus increasing the efficiency of the downstream secondary stage of treatment.

Now there is new technology available that can replace clarifiers and operates with more proficiency.

HUBER LIQUID Drum was developed as part of a research project on alternative technologies contributing towards energy utilisation. The LIQUID technology is an extension of the popular ROTAMAT Screening Process, which is proven in over 4000 references. It is now distributed throughout Australia by Hydroflux Epco as an innovative alternative technology to primary clarifiers. It reduces the amount of space required for a clarifying tank by up to 90 percent whilst reducing energy use and the high investment costs.

The system uses a fine mesh with 0.1 to 0.2 mm holes in a star pattern to increase the effective surface area of the drum, which enables similar suspended solids removal rates when comparing to conventional primary clarifiers.

The unique star shape provides a significant increase in screen surface area, allowing a single drum to process 5 MLD in 15 m2 compared to the 200 m2 a primary clarifying tank requires.

The benefits of the HUBER LIQUID Drum include:

The HUBER LIQUID Drum is an in-channel fine screen that utilises a drum with mesh profile to separate fine solids from the sewage flow. It is typically installed in a concrete channel downstream of the inlet works. It is provided with a main frame, channel seal plate, covers, spray system and main drive.

As the fine solids accumulate on the screen face, the headloss gradually increases due to the blinding of the drum. At a preset headloss the drum is rotated through a wash recycle and the solids are washed into a trough and sluiced out of the machine for further processing.

The mesh geometry provides low headloss values and the drum sizing and water levels are configured to reduce headloss values across the total screen. Spray water is used for washing of the drum in a low and high-pressure system. Reclaimed effluent can be used for this duty.

The discharge of the screened sewage gravitates to the next process step. The solids washed from the drum are sluiced from an internal trough. Typically, these solids are pumped for digestion or can be thickened using a HUBER WAP LIQUID Press.

This technology is a breakthrough for sewage plant operators whose goals are to reduce operating costs. The technology is affordable, uses little space and offers a good return on investment.

Designers have many options to choose from when designing an aeration system...

In the water and wastewater industry, high measurement accuracy from electromagnetic flow...

More than just a protective coating, Polibrid 705E is an engineering solution that is suitable...