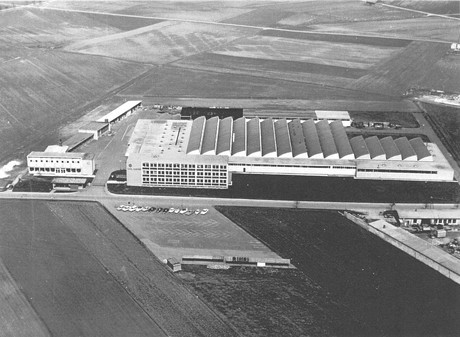 German air power company Kaeser Compressors is celebrating 100 years in business this year. First established established in Coburg, Germany in 1919, the company is now active all over the world including both Australia and New Zealand.

The company began in a small workshop in Coburg’s Hahnweg. The old buildings are still standing in which Carl Kaeser Sr started producing spare parts and engines for cars, along with gear wheels and special machines for the glass industry, with a team of eight employees and two apprentices in June 1919. Business went well and, within a few years, the company was to employ a 150-strong workforce. However, after World War II virtually the entire customer base fell by the wayside as most were located in Thuringia and Saxony — and thus on the other side of the border. Taking advantage of the available automotive expertise, production was adapted to produce reciprocating compressors. Thus began Kaeser’s successful focus on compressed air, with the first reciprocating compressor rolling off the Hahnweg production line in 1948.

The company’s early international expansion was a vital aspect of its growth. The first branch opened in Switzerland in 1978, with Austria and France soon after. Today, Kaeser has more than 50 subsidiaries and is represented by exclusive contract partners in over 100 countries. Kaeser employs in excess of 6000 staff worldwide.

Kaeser is still owned and operated by the Kaeser family, with Thomas Kaeser and Tina-Maria Vlantoussi-Kaeser now the third generation to manage the company, while the fourth has also just come on board, in the form of their son Alexander Jan Kaeser.

Thousands of migratory shorebirds and Australian ducks seek refuge at the Bolivar Wastewater...

Research conducted by SA Water and the University of Queensland has been incorporated into the...

The behaviour of sewage sludge flow may hold the key to optimising the thermal treatment of...