Vic gets moving on recycling shake-up 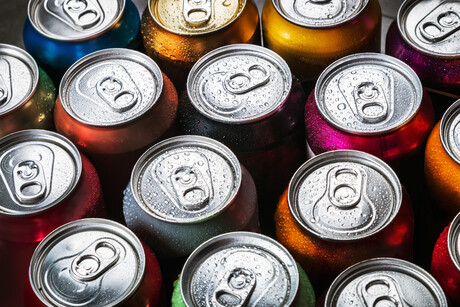 The Victorian Government is requesting consultation on a planned container deposit scheme (CDS), which will form part of a significant overhaul of the state’s recycling system.

The state’s $300 million plan is designed to reduce waste, increase recycling, and deliver a reliable and sustainable waste and recycling system.

The state’s household bin system will be standardised, using a four-service system for glass, commingled recycling, food and garden waste, and garbage.

To complement changes to household waste and recycling, the CDS will help to tackle waste drink cans and bottles, which currently account for about half of Victoria’s litter. In addition to its environmental benefits, the scheme will create new jobs and provide another revenue stream for charities and community groups.

The state government is working closely with the community, councils and the beverage industry to design and deliver a CDS that’s convenient, simple to use, reliable and accessible to all Victorians.

The Australian Council of Recycling (ACOR) has welcomed the Victorian Government’s discussion paper to introduce a 10c refund on recycled drink containers, urging the government to implement its preferred governance model to take effective control of the design of the scheme.

“A well-governed and implemented container refund scheme for Victoria will be a win for the environment, community and business,” ACOR CD Division Coordinator Robert Kelman said.

“The government’s preferred model of tendering for collection network operators is appropriate and offers the best opportunity for Victorian consumers to be supported by a diverse and convenient network of refund points.

“ACOR and its members look forward to supporting the government in implementing a scheme that supports consumers and maximises recycling rates,” he said.

The Waste Management and Resource Recovery Association of Australia (WMRR) has also welcomed the move, congratulating the Victorian Government for moving one step closer to implementing its CDS scheme and, in doing so, electing to forge its own pathway.

By proposing a split responsibility model, the Victorian Government is able to manage the inherent conflict of interest associated with higher return rates leading to increased costs for beverage suppliers.

“Industry applauds the Victorian Government for proposing a scheme that is aligned with the government and community objective of delivering the highest-quality, most accessible scheme,” WMRR CEO Gayle Sloan said.

WMRR explained that the most expensive scheme, from a customer’s perspective, is one in which they cannot easily redeem their container for the refund amount. By separating responsibilities, Victoria will ensure that network operators are incentivised to maximise container return rates, the variety and number of collection points, as well as greater use of technology.

Multiple important players with distinct responsibilities are recognised in a best-practice CDS, including the beverage industry, which can play a part in the governance arena and ensure equitable distribution of costs across the sector.

To drive accessibility and community engagement, a strong scheme requires a recycling-driven approach to collection points, where that governance body is not conflicted by a primary objective of minimising costs to beverage suppliers.

“The Victorian Government must be congratulated for electing to design its own pathway towards implementation: it is the more challenging route and one that will not be supported by all; however, it is the best path to ensure maximum community access, maximum diverse participation and a community-focused scheme that delivers for the people of Victoria,” Sloan added.