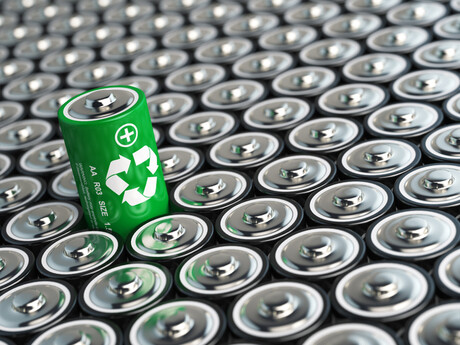 Australia’s official government-backed battery recycling scheme, B-cycle, has released its first performance report — ‘Positive Charge’, highlighting the rapid scale and pace of the product stewardship scheme since its launch in February this year. The scheme has doubled the national collection rate of loose batteries and power tool batteries, recycling the equivalent of 38 million AA batteries in its first six months — enough loose batteries to wrap halfway around the world.

Founded by not-for-profit organisation the Battery Stewardship Council (BSC), the scheme aims to combat one of the nation’s fastest growing waste streams by providing drop-off points in thousands of locations for people to safely and conveniently recycle everyday loose batteries.

Every year Australians buy enough batteries to circle the planet 7.2 times and 90% of these used batteries go to landfill, causing environmental impact and wasting resources.

The ‘Positive Charge Report’ reveals that in six months, the scheme has:

CEO Libby Chaplin attributes the scheme’s expansive progress to its open-source model, which involves everyone in the supply chain. “Our membership uptake points towards a paradigm shift in product stewardship, which has shown that rapid change can occur when an entire industry is mobilised to participate, rather than relying on the traditional service provider approach,” she said.

By engaging over 90% of Australia’s loose battery and power tool battery brands, the scheme is seeing that all batteries collected are recycled, with robust traceability and accreditation for all participants.

Chaplin said: “As the scheme nears one year of operation, we are focusing on expanding our network into these burgeoning sectors whilst improving safety in all aspects of the battery life cycle and setting Australia on the right course to match the recycling capabilities of global leaders.”

In the coming months, the scheme will be releasing research to understand life cycle impacts, assess the market, and evaluate the economics of the scheme.

Researchers at the University of Sydney and ABRI have teamed up to champion the safe and...