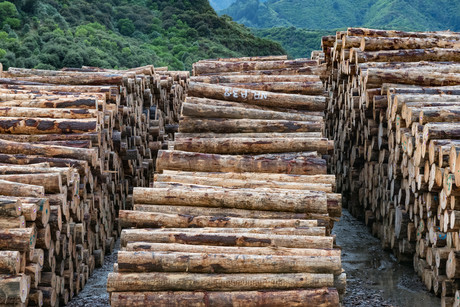 Laminex Australia at Toolara will receive $559,000 via the state’s Resource Recovery Industry Development Program (RRIDP) to conduct a feasibility study for an energy cogeneration plant at its fibreboard manufacturing facility. Forestry plantation company HQPlantations (HQP) has been awarded $50,000 through the $5 million Waste to Biofutures Fund (W2B Fund) to help test the use of forest-floor materials as feedstock for a biomass plant.

Minister for State Development and Manufacturing Cameron Dick said if the project was to proceed it could create 50 construction jobs and 10 new operational jobs.

“Laminex is already a major employer in the region, and we’re committed to helping them create more jobs for locals,” Dick said.

“To do this, we need to ensure our flagship plant continues to be at the forefront when it comes to using innovative energy-efficient equipment,” Burgess said.

“Supported by this grant funding, we expect to use up to 100,000 tonnes of biomass otherwise destined for landfill to generate electricity and thermal energy for production processes, achieving the highest possible energy efficiency.”

HQP is reported to be the largest forest plantation owner in the state, with around 200,000 ha of timber forests — more than half of which comprises the Fraser Coast pine plantations extending from east of Gympie to near Bundaberg.

Dick said more than 1.25 million tonnes of timber are harvested annually from the area, so being able to turn the waste from this work into energy would deliver strong economic and employment outcomes for the region.

“Queensland’s southern pine plantations support an estimated 1670 primary production and processing jobs, and for every job created by the forest and timber industry, another job is indirectly created in the broader economy,” he said.

“If we can help unlock new revenue streams for our plantations and associated timber businesses, local communities that rely on our forestry industry will reap the benefits of the seeds being sowed.”

HQP Science Manager Ian Last said treating treetops and other offcuts as a resource rather than waste is a research priority for the company.

“The Palaszczuk government is committed to supporting projects and businesses that divert waste from landfill, produce new bioproducts and create jobs,” he said.

On-tap bubbles save glass from landfill

Only 57% of glass we put into our recycling bins is actually recycled, with the remaining 43%...

PepsiCo and Clean Up Australia have launched a three-year program aimed at educating consumers on...