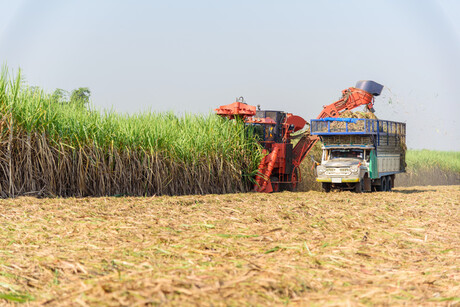 An Australian manufacturer called Extracta is set to use agricultural waste such as sugarcane husks, grape marc (that is, their skins and seeds) and orange peel (leftover after juicing) for making ingredients for nutraceutical, food and cosmetic industries.

Importantly, repurposing all of these products will keep them out of landfill.

Rod Lewis, Extracta’s CEO said: “Called Extracta because the company is extracting value from agricultural surplus, we’re pioneers in this sector. This saves agricultural producers money because they won’t have to send waste to landfill and benefits the environment by diverting agricultural waste from landfill. Plus, we’re re-establishing the manufacturing of several ingredients like pectin in Australia.

“There are other companies who use agricultural waste like grape marc, but unlike most others, we will be utilising 100% of waste rather than just one element.”

Australia produces over seven million tonnes of food waste each year, which calculates to about $20 billion in waste annually.

Extracta sees that as an opportunity though, hoping also to use waste from mangoes, avocadoes, stone fruits, watermelons, soy and berries to manufacture further ingredients, ideally with the option of exporting them.

“We have already secured $2.5 million with two government grants through the Fight Food Waste Cooperative Research Centre. One of these will allow us to set up a production facility in Queensland in partnership with Queensland University of Technology (QUT) and the other to develop high-value medical products in conjunction with Macquarie University,” Lewis said.

The first company’s plant in Brisbane will be processing sugarcane fibre, and another in Orange will be working with grape marc. These production facilities will be relocatable to move with the seasons so that they’re not tied purely to specific produce waste.

“We are also working closely with key players in the wine industry including Tamburlaine Wines in Orange. The partnership with Tamburlaine will result in a joint production facility in Orange to process wine marc for pectin, tartaric acid and tannins.”

Extracta is currently working with agricultural investors in Australia and reaching out to those in America too as it seeks capital for marketing and sales ahead of its local launch before the year’s end. It intends to follow this by entering the US market in 2023.