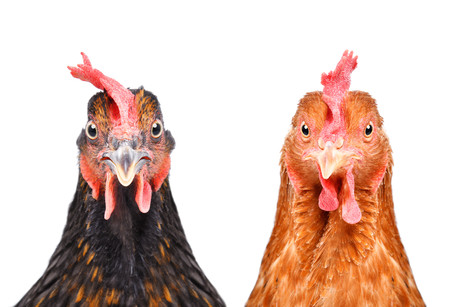 According to the Food and Agriculture Organization of the United Nations (FAO), poultry is the world’s primary source of animal protein. In New Zealand, it’s estimated that each person eats an average of about 40 chickens a year; in Australia, even more poultry is consumed (44 kg per capita vs 37 kg per capita for New Zealand).

As a result of high global demand for poultry, the industry is producing billions of chicken feathers each year, which are predominantly destined for the incinerator or landfill. Chicken feathers therefore represent a global waste problem.

Distinguished Professor Debes Bhattacharyya from The University of Auckland’s Faculty of Engineering has discovered that chicken feathers can be used as a base for a fire retardant — one that is safer than many fire retardants, is cheaper to produce, and solves an international waste problem.

Dr Bhattacharyya explained that halogen compounds were traditionally added to products to make them flame retardant; however, they were highly toxic.

“As a result of the environmental long life and bioaccumulation, traces of the compounds have been detected in everything from household dust to breast milk, causing hormone-disrupting effects,” he said.

Due to the toxic properties of halogenic retardants there has been a global shift towards other types of retardants, such as ammonium polyphosphate (APP). However, because these flame retardants are expensive to produce, there is an increasing demand for alternatives.

Dr Bhattacharyya and his team have previously shown that chemically modified wool fibres — also made of keratin — can be an effective retardant. This could potentially provide a revenue stream for low-grade wool in an era when the price of and demand for wool have declined. More recently, the research team turned to chicken feathers as an alternative source of keratinous fibres, which are even cheaper and, in many countries, more of a waste problem.

Chicken feathers are made of a keratinous material that is found in the hair, wool, horns and hooves of mammals. They are also naturally occurring flame inhibitors.

The team has developed a rapid and simple way to chemically modify the keratinous fibres of both wool and chicken feathers, and convert them into a flame retardant powder that can be added to polymeric materials. The powder enhances the fire retardancy of the polymer by accelerating char formation, the solid material produced in the initial stages of combustion that inhibits combustion.

Dr Bhattacharyya explained that standard fire retardants need to be added in high concentrations, which can reduce strength as a result. “But what we’re showing is that we can optimise the process so that this fire retardant removes this disadvantage of inferior mechanical performance compared to current fire retardants,” he said.

“We also assessed this from a commercial perspective and have been able to show that the cost around this compound is up to a third lower than the existing standard compounds used as a fire retardant. So it’s a perfect fire retardant material, passes most of the fire retardant standards, and can be used with polymeric materials.”

Dr Bhattacharyya acknowledged that while the method has been proven in the lab, large-scale production and compatibility with existing manufacturing processes will need private or public investment.