From lithium waste to cathode feedstock 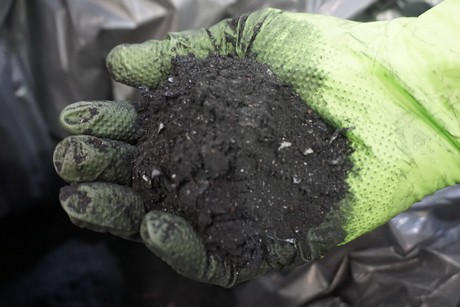 The challenge of diverting used batteries from landfill is being successfully addressed by Lithium Australia, with the aim of closing the loop on the energy–metal cycle in an ethical and sustainable way. The company has developed a technique to produce refined lithium phosphate using spent lithium-ion (Li-ion) batteries as a feed material.

At its Brisbane VSPC cathode powder pilot plant, in collaboration with the Australian Nuclear Science and Technology Organisation (ANSTO), Lithium Australia has developed a process to recover lithium from the MMD in the form of lithium phosphate. The lithium phosphate is subsequently refined for use as a precursor in the production of lithium-ferro-phosphate (LFP) cathode powder. Subsequently, the LFP will be used to make coin cells for performance testing of the cathode materials.

“Lithium Australia’s process has the potential to not only improve the sustainability of Li-ion batteries, but also ease future supply constraints that may prove problematic to the industry.

“The company’s ability to employ lithium phosphate in the direct generation of LFP is a significant technical achievement, one that reduces the number of process steps required to manufacture the cathode powder,” Griffin continued. “That’s great news, because LFP is the perfect battery configuration for energy-storage systems suitable for the harsh Australian environment.”

Lithium Australia’s objective is to produce refined lithium phosphate from spent lithium-ion batteries and use it to produce new LFP cathode material. Other battery metals, including nickel and cobalt, have also been recovered in the process as a concentrate suitable as a feed for conventional refining processes.