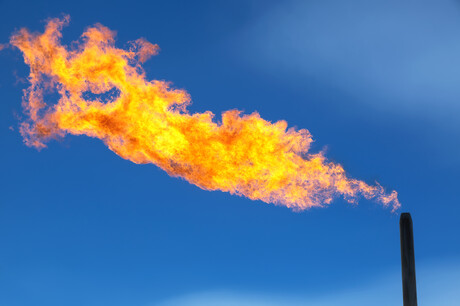 University of New South Wales (UNSW) researchers have discovered a way to bind methane, holding it chemically captive for hours instead of the milliseconds that had previously been possible. This discovery could help to make it possible in the future to store, transport or transform the gas into methanol and thus reduce its waste worldwide.

The key to the principle is the use of osmium, a rare metal. It can be chemically processed into a molecule — the osmium-methane complex — to bind to the usually inert methane.

James Watson, lead author of the study, published in Nature Chemistry, said, “We have found that methane, which is generally inert, will interact with an osmium-metal centred species to form a relatively stable osmium-methane complex. Our complex has an effective half-life of around 13 hours. This means that it takes 13 hours for half of the complex to decompose.

“This stability, in conjunction with the relatively long lifetime of this complex, allows for in-depth analysis of the structure, formation and reactivity of this class of [osmium] complexes and helps to inform the design of catalysts that have the potential to transform methane into more synthetically useful compounds.”

The osmium-methane structure is being analysed with nuclear magnetic resonance spectroscopy, which the researchers are using to search for catalysts that could potentially process the methane into methanol or other chemicals. Methane, which is also known as natural gas, can be used as a fuel but is also a potent greenhouse gas. It is currently burned as a means of disposing of it, which is environmentally harmful and a waste of potentially viable fuel.

“Methane is an unwanted by-product from oil production and usually, for economic reasons, is burned in a process known as ‘flaring’,” said co-author Associate Professor Graham Ball. “The amount of gas burned in this way is roughly equivalent to the natural gas demand of Central and South America, leading to 265 million tonnes of CO2 emissions in 2020.”

The researchers said that converting gaseous methane into fuel using the osmium-methane complex and an as-yet undiscovered catalyst would potentially create an efficient and practical means of creating fuel while also removing the gas from the atmosphere or at least preventing it from making its way there in the first place.

“Liquid fuels are easier to transport and would be easily integrated into our existing fuel infrastructure — E10 petrol already has 10 per cent ethanol,” Ball said. “If there were efficient, commercially viable methods to convert methane to methanol for example, this would also provide incentive to retain methane for conversion, and to avoid burning it without purpose, reducing overall fossil fuel use and damaging emissions.”

Researchers discovered osmium as a candidate for binding methane through computer models that predicted which molecules would have the right characteristics. The researchers said that despite osmium being fairly uncommon the model predicted that it would be able to bind to methane, which was borne out in real-world experiments.

The researchers caution that the osmium-methane complex is not ready to be widely used but that it is the first step in converting methane into other chemicals and more research in the future could lead to further-reaching knowledge.

“We hope that our discovery will inform the design of next-generation, more efficient catalysts that can be commercially viable,” Ball said.