The role of RDF/PEF in Australia's future resource strategy 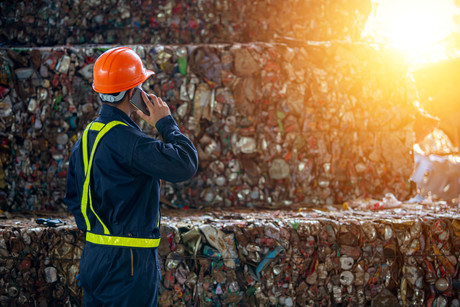 In the wake of announcements that the government is clamping down on Australia’s approach to waste management — particularly when it comes to export — what’s next for the country’s environmental agenda? Where do we go from here? And what role will resources such as refuse-derived fuel and process engineered fuel play? Robbie McKernan, Director of FOCUS Enviro, explores…

It feels like ‘waste’ has never been such a hot topic in this country, and rightly so. The Prime Minister’s proposed ban on recycled material exports was a bold announcement, but why should we be letting go of valuable resources that we could harness the value from, ourselves, here in Australia? Furthermore, now that technology exists to transform a wider variety of materials into something with retained worth, we arguably shouldn’t be passing them on to become someone else’s problem.

Thankfully Australia’s recycling rates are increasing and this is definitely something that needed to change, certainly when we compare Australia’s status to other developed countries. But few nations are perfect, and many more have also found themselves needing to take drastic action in previous years. The Prime Minister’s plan shouldn’t therefore be viewed as a negative move; rather, an encouraging sign of potential when it comes to our resource agenda.

China’s ban on plastic waste imports, for example, rocked the industry globally. But many now consider it ‘a blessing in disguise’ because it has prompted change. And often such radical steps provide the impetus truly required to instigate progress. Back in the late 1990s, the UK’s introduction of landfill tax — along with the £80 ($140) per tonne hike in the levy in 2013 — almost forced operators into thinking what else they could do with waste arisings, because disposal became financially unviable.

Now, aided also by the guidance of the waste hierarchy — which prioritises the reduction of waste at source, followed by re-use and recycling — a stronger, clearer environmental mindset has emerged in the UK. As eluded to before, the country still has a long way to go, but there is a consensus at least regarding what needs to happen with materials some may otherwise class as merely rubbish.

Staying with parts of Western Europe and also North America, there is a growing appetite for alternative fuel production — the transformation of waste arisings into an energy source. Admittedly this shouldn’t be the primary treatment route for materials — certainly when considering that ‘recovery’ is the waste hierarchy’s fourth-preferred option. But if efforts have been made to prevent the creation of waste in the first place, and then re-use or recycle the materials that are left, the next best alternative does need to be prioritised.

As a country, Australia has already started to explore the value of alternative fuel production — terms such as refuse derived fuel (RDF) and process engineered fuel (PEF) are not entirely new. But — as a sector — it remains relatively untapped. Perhaps the waste ban will change this? It may ultimately prompt a more innovation-driven approach.

Twenty years ago, on a global scale, the manufacturing of RDF and PEF was tricky, not to mention costly. It was no wonder the appetite didn’t really exist. Fast forward to 2019 — and thanks to advancements in technology, the environmental and commercial business case for RDF/PEF projects is strong.

Sophisticated processing technology has been continually refined over the years so that a single piece of kit can now produce an ‘on-specification’ energy source that can be used as a fossil fuel replacement in cement kilns and power stations. That means a valuable utilisation of materials that may otherwise have been rendered as nothing more than waste, plus reduced reliance on the world’s ever-depleting natural resources.

The demand for RDF/PEF is truly global, which means routes to market are plentiful and the manufacturer can generate an income stream as a result. This revenue yield — coupled with the reduced capital outlay of only one piece of equipment — accelerates the payback period of a plant. And, thanks to engineering developments, the technology increasingly performs better too — think more throughputs, less maintenance and reduced wear costs.

The manufacturing of such fuels won’t solve all of Australia’s waste woes of course, and, as has hopefully been made clear, energy recovery efforts shouldn’t outweigh commitments to reduce, re-use and recycle. But it does have a role to play in our resource future and — as an industry — we should look to learn from our peers who have already embarked on this environmental journey, to see where progress can be made.

FOCUS Enviro has invited Gary Moore — a global waste-to-energy specialist from UNTHA shredding technology — to speak at the upcoming AWRE on 30 October, from 3:15–4 pm. He will explore the topic of alternative fuel production to transform residual waste into a compliant renewable resource, without breaking the bank.