The circular economy of plastic 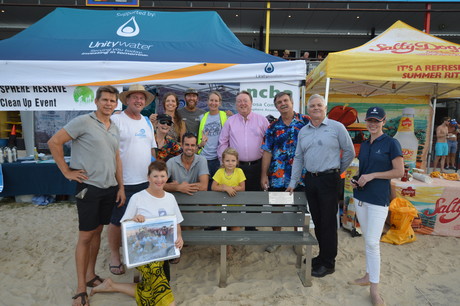 A park bench made from beach clean-up waste — this is one of the results of a technology that was designed for the realisation of the circular economy. The technology effectively recovers resources from low-grade plastics, low-value plastics plastic film and contaminated plastics that in the past were destined for landfill.

A significant component of Moama-based inventor Ross Collins’ working life was devoted to developing improved systems and techniques for the recycling of both hard and soft plastics. The PolyWaste plastic recycling technology was his brainchild. He built and commissioned the prototype PolyWaste melter during 2014 and 2015. Sadly, Ross succumbed to illness in August 2016 but his work will be a long-lasting legacy thanks to the team at Newtecpoly Pty Ltd, which is now the sole existing licensee of the technology.

Newtecpoly Technical and Administrative Director Colin Barker said the PolyWaste plastic recycling technology isn’t predicated on processing ‘waste’ plastic in order to emulate a virgin bead, as used in almost all existing plastics manufacturing processes. Rather, he said the technology eliminates the requirement to:

“The technology is not only important due to its lower operating cost and savings in carbon footprint, but also in the realisation of the circular economy due to its low capital cost and subsequent viability/relevance at a regional and local level,” said Barker. “These latter considerations are particularly important for applications in small and/or developing countries/economies.”

Newtecpoly has demonstrated many applications of the technology. For example, the company produced the planks for a park bench-style seat, which was made from co-mingled plastic waste collected from Noosa Beach. In conjunction with the Surfrider Foundation – Sunshine Coast, the company donated the park bench to Noosa Council on the weekend of Clean-Up Australia Day 2017. 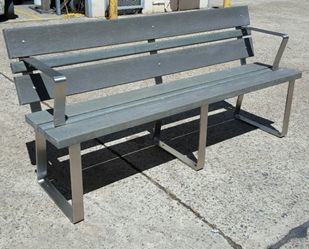 Newtecpoly has also undertaken work on behalf of the Plastic Police Partnerships pilot program to produce planks from domestic waste. The soft plastic packaging waste was aggregated at the Biddabah Public School (near Newcastle NSW) through the dedication of its staff and students. Once again, Newtecpoly produced the planks from the aggregated waste (with the sponsorship of the NSW Office of Environment and Heritage Sustainability Advantage program) for the manufacture of a ‘buddy bench’ to be located within the school grounds.

As an important element of its licence agreement, Newtecpoly is also required to support future licensees of the PolyWaste technology by:

The PolyWaste technology is one of a raft of disrupter technologies currently being commercialised in Australia. Each technology is exciting as it seeks to maximise the economic/resource value of the hitherto waste stream/component. Each technology has had the input/involvement of one or more of the NSW Office of Environment and Heritage, the Australian Industrial Ecology Network (AIEN) and the Business Innovation Group (BIG Enviro) in their development.

Barker said the AIEN is expecting to showcase the PolyWaste technology among the presentations scheduled for its Australian Industrial Ecology Conference scheduled for the NSW Hunter Valley between 6 and 8 September 2017.

Newtecpoly also makes a plastic wood product called eWood. It is made in Moama using recycled materials from a variety of mixed plastics previously destined for landfill. These plastics could be sourced from such items as computers, printers, toner cartridges (through Planet Ark), televisions and other electronic equipment.

Minimising the risk of Legionnaires' disease