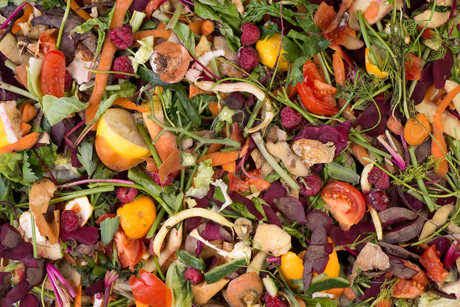 With 42% of food produced in Australia currently ending up as waste — either during the production and manufacturing stages or via the end consumer — over 50 industry and research organisations have come together to do something about it.

The Fight Food Waste & Fraud Cooperative Research Centre (CRC), originally proposed in November 2016, aims to tackle the growing international problem of food waste and fraud by developing the circular food economy in Australia to valorise ‘waste’ and by protecting the integrity and provenance of our food and wine products, both domestically and abroad.

“There’s not enough realisation within food industries about how to profitably work with waste,” said Peter Wadewitz, managing director of food waste recycler Peats Soil & Garden Supplies, a partner of the CRC. “There’s an urgent need to introduce and promote new solutions.”

Wadewitz is confident the proposed CRC could accelerate the transformation of existing organic waste streams into high-value products such as nutraceuticals, as well as develop new forms of high-value soil amendments from the likes of discarded European carp. Such breakthroughs are expected to help strengthen the circular agrifood economy — currently a hot topic in Australian political circles.

The CRC is also expected to have a significant impact on the potato industry — the third-biggest commodity in the world and also the one with the highest rejection rate in the fresh food sector. It is claimed that 25% to 40% of potatoes are rejected by the sector, largely due to the rigidity of supermarket selection criteria; together with high losses in carrots, oranges and bananas, these food wastes total $360 million in Australia each year.

“Potato producers accept this level of loss because they are accustomed to it,” said Robbie Davis, CEO of CRC partner Potatoes South Australia. “They don’t see that it’s a significant problem needing a timely solution to increase farm gate margins.

“We are 10 to 20 years behind Europe in recognising food waste problems in the value chain, especially in the development of preventative measures. In terms of profitability, productivity, sustainability and food security, this simply has to stop, and collaborative efforts within the CRC will show the way forward.”

Davis is concerned other possibilities are not currently being explored, such as combining waste from different food industries to create new products, including other foods for human consumption. Most producers only consider their waste crops as being feed for livestock, rather than possible recyclables of higher value.

“The CRC could produce evidence of new solutions that aren’t even being considered at present,” Davis said. “Producers need to realise that with something like starch extraction from waste potatoes, profitability soars in an area where there currently is none — from $0 for waste to $1000 a tonne for extracted starch.”

The proposed CRC also ranks new packaging innovations among its priorities, believing that improved packaging could swiftly introduce positive change to Australia’s food industry. CRC partner the Australian Institute of Packaging (AIP) has already shown its support for this idea, two years ago taking up the World Packaging Organisation’s (WPO) invitation to launch the Save Food Packaging awards.

Winners of the Save Food Packaging awards have been shown to enable great advances in Cryovac and portion control solutions, as well as improved use-by date information to help prevent wastage of packaged foods. Now the AIP wants to encourage industry support to ensure the widespread implementation of these world-leading innovations.

“The CRC will help these innovations get embraced further in food industry production,” said AIP Executive Officer Nerida Kelton. “It will make a huge difference if improved Save Food packaging design becomes standard criteria for all manufacturers. The CRC can provide a national platform that accelerates positive change. We can’t have a fragmented approach if we expect to see necessary improvements.”

The AIP and its associates recognise that research and evidence-based education will play a vital role in the implementation of improved food packaging. As noted by Associate Professor Karli Verghese from RMIT University, who has been working with the AIP, “The most immediate need is to obtain clear and accurate mapping of where food waste occurs in the supply chain — and why.

“There are so many opportunities to value add rather than simply view food waste as compost; we need more innovations to be understood and embraced.”

So what if we fail to act decisively on food waste? Apart from the obvious economic loss, the problem could escalate environmental damage. Australia’s estimated 7.6 million tonnes of wasted food converts into 19.3 million tonnes of CO2 equivalent — or 3.5% of our total emissions — and also wastes more than 1.46 million ML of water each year.

The strong financial commitment from CRC bid partners, across a wide cross-section of industry, government and research bodies, thus underlines a growing need and desire to transform Australia’s current food waste situation. $120 million in investments has already been pledged by the partners, according to Davis, showing the level of commitment from major players in the food industry to introduce necessary change.

The CRC is seeking the maximum 10-year term to best align it with the delivery of the United Nations Sustainable Development Goal of a 50% reduction in food waste by 2030 at the retail and consumer levels and reduced food losses along the production and supply chains. Ultimately, the CRC seeks to slash financial losses to waste, increase profitability for food industries, boost export potential and bolster Australia’s clean and green image.

TSA issues an alert as the federal government's waste export ban on all whole used or baled...

Blake Lindley from the Australasian Circular Textile Association shares his opinion after the...