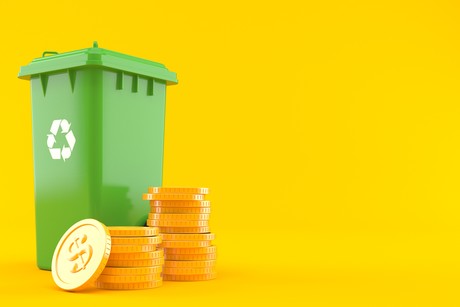 An EY report has revealed that — by failing to correctly handle our recyclable materials — Australia could be missing out on $324 million each year.

This discrepancy means that only $4.2 million of a potential $328 million worth of recyclable material is being captured from kerbside bins in Australia each year.

By improving waste sorting, increasing education about how to recycle and developing new markets for recyclables, Australia could generate a thriving waste management supply chain worth up to the $328 million figure.

According to EY Climate Change and Sustainability Partner Terence Jeyaretnam, this opportunity will only be realised by better sorting household waste and rethinking of waste as a commodity.

“There has to be a fundamental shift in our thinking. We must start realising and treating our waste as a tradeable commodity, like iron ore or gold, rather than just waste,” said Jeyaretnam.

“The old way of sorting our waste is not the right fit for 21st century Australia. Not only does it lead to poor environmental outcomes, it’s preventing us from grasping an opportunity worth hundreds of millions per year.

“We have this $324 million opportunity sitting in our rubbish bins that can be realised by better methods of sorting, more education about how to recycle and developing new on-shore markets for our waste.

“To capture this opportunity will require all levels of government, industry and everyday Australians to work together to ensure we capture every last bit of value from our waste,” Jeyaretnam concluded.

Navigating the challenges in waste and recycling regulation

Recycling and Waste: a compliance snapshot is provided by two partners at McCullough Robertson...

Rethink packaging design: use less, use longer and use again

The time has come to rethink the way packaging is designed.

Smartphone photos can be used to detect anaemia