A smart sustainable way to clean up dump sites 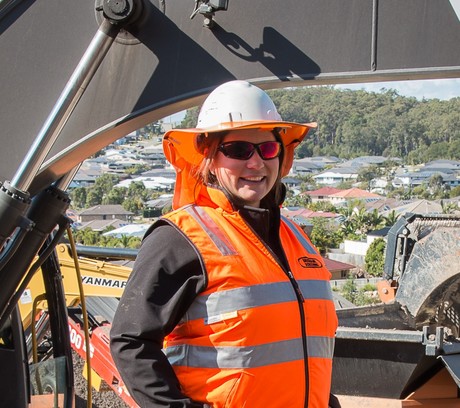 It’s estimated there could be thousands of illegal dump sites across the country that are potential health and environmental hazards.

SoilCyclers’ Alison Price said they can be anywhere and cost communities millions of dollars to clean them up.

“Standard practice to clean up these sites is to come in, pick it all up, load it into trucks and take it to landfill,” Price said.

“But there is a smarter, more sustainable way to sift through the waste and potentially re-use it back on the site.

“The way we do this is to firstly test the materials, so we know what contaminants are there, and then work out how to re-use the materials so they’re not just ending up in landfill.

“Importantly, we also sort the various materials such as wood, metal, plastics and tyres, and send them for recycling.

“An example where this was done is the old Petrie Paper Mill site. There we were faced with 140,000 m3 of soil contaminated with plastic left from a former tenant who was attempting to run a recycling business.

“We were able to separate the plastic from the soil, meaning just 18,000 m3 of waste went to landfill and 87% of the materials were able to be re-used on the site.

“This enabled the former industrial site to be sold to the government and it is currently being transformed into a Sunshine Coast University campus.

“On another site in Byron Bay we found a bag of money and 14 bras spread across the area.

“Over the years we’ve pretty much found everything, except a body.

“We’ve had a special drum made to deal with construction and demolition waste — it’s much thicker and made from a harder type of metal and is designed for bulky items.

“I’ve seen them feed everything into the drum from a mattress to a shopping trolley and even concrete footings with signposts still attached.

“With a waste levy coming to Queensland it’s important for businesses to work smarter. We have better machinery and science than we’ve ever had before and there are definitely ways to reduce the 2.1 million tons of construction waste that go to landfills in Queensland each year.”

The benefits of doing the clean-up differently include:

“Not much has changed in the industry for a really long time, but technology has advanced and we should be using it to get a better outcome for the environment.

“It’s important to know there’s another option for dealing with these illegal dump sites — you don’t just have to truck it away to landfill because that’s what has always been done.

“Often people just think it’s a big mess and let’s get rid of it, but there are alternatives if you are willing to be a bit innovative about the way you do things.”

With multiple environmental benefits, bioplastics could be vital in helping solve the world's...

How the coronavirus pandemic can deliver new opportunities for Australian industry

Control Logic branches out into sanitisers and disinfectants

COVID-19 and breaking the chain of infection

TGA-approved coronavirus-killing labelling out in force

How to avoid an infection from smartphones

Tripping on nothing: the placebo effect and psychedelic drugs