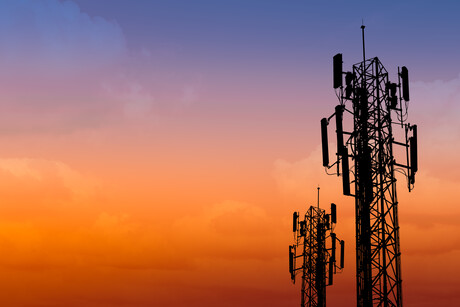 Research from Australian telco Belong reveals that only 8% of Australians realise mobile data contributes to carbon emissions — and it is estimated that mobile data networks in Australia cause more than half a million tonnes of CO2 every year.1

In recognition of this impact, which is equivalent to the CO2 emissions from someone flying between Melbourne and Sydney more than three million times in a year,2 Belong has become Australia’s first accredited carbon-neutral telecommunications provider — with all operations and services certified ‘carbon neutral’ at no extra cost to its customers.

The research found that about one in every two Australians does not understand what it means to be carbon neutral.

“More than half of Australia’s CO2 emissions are a product of energy use — either directly or as an output from the products and services we use,” Burge said.

“We don’t see the physical and tangible process which cause these emissions. Therefore, awareness around carbon usage is understandably very low.”

Belong’s research has also shown that 62% of Australians agree that changes in behaviour, in response to COVID-19, have given them confidence in the ability to make the changes needed to address climate change.

“The visible benefits we have seen in recent months have demonstrated our behaviours have a very tangible impact. Each Australian should be equipped with the knowledge and confidence to make better choices for our planet,” Burge said.

“The point of the campaign is to make it easier for people to contribute positively to the environment. By switching to an accredited carbon-neutral provider, consumers are turning an everyday habit into a positive change and the app helps them get there,” Burge said.

Through the Carbon Thumbprint app, Belong hopes to help consumers make a greener choice by revealing the emissions profile of a sector that is generally not thought to be carbon intensive. 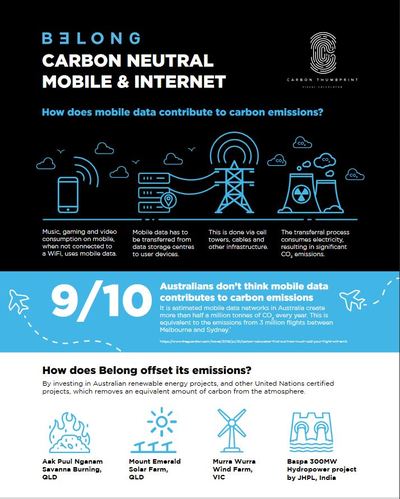 According to Belong’s research, 40% of Australians say they are willing to switch to a carbon-neutral telecommunications company in order to reduce their personal carbon footprint, yet almost two-thirds of the population are sceptical of companies which claim to be carbon neutral.

“We recognise a large portion of the national responsibility for carbon emissions reside with businesses and we want Australians to know which companies are making a positive impact and how they can help do their bit,” Burge said.