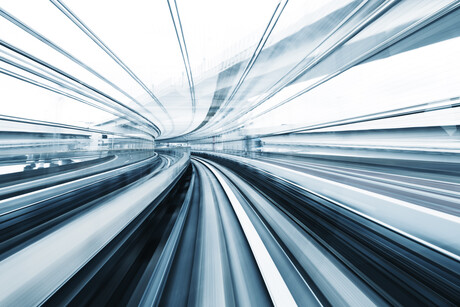 It is not simply what is built that matters, but how it is built. This is the mantra becoming more prevalent on construction sites across Australia, as companies become more attentive to the impact that their building methods have on the environment. If a project is to be truly sustainable, the way it is built counts equally as much as the contribution made by the project to sustainable development.

A case in point is the METRONET Forrestfield-Airport Link, which comes into service in Perth in the coming months. To be known as the Airport Line, the rail project being completed by Italian civil engineering group Webuild and a Western Australia partner will connect the city’s eastern suburbs with the airport and central business district. It is 8.5 km long, of which 8 km are underground, with three new stations. By serving 20,000 passengers a day, the line stands to remove up to 15,000 vehicles from the road every day, leading to a reduction of up to 2000 tonnes of CO2 emissions every year.

Practices undertaken by Webuild throughout the build were always with sustainability in mind. One area of focus was the concrete, arguably the most important building material of any construction site. Webuild worked closely with a local supplier to develop two sustainable concrete blends, one of which was for the production of the segments that line the tunnel walls. Known as Triple Blend 60 MPa concrete, it is a low-cement concrete blend containing 65% supplementary cementitious materials, such as ground-granulated blast-furnace slag, which is itself a recycled material. This meant that it had only 195 kg of cement per cubic metre of concrete, compared with more than 550 kg in typical 60 Mpa concrete. By using this blend rather than the concrete made with Portland Cement — which requires a lot of energy to produce — a total of 21,848 tonnes of CO2 emissions were avoided in the production of the 54,000 tunnel segments that line the walls of 15 km of tunnels.

It is a practice that Webuild has been applying on construction sites across the globe to notable effect. In the last three years, it has been able to reduce the amount of CO2 emissions produced by activities related to the production and use of concrete by over 20%.

For the production of track slabs on which the rails are positioned along the Airport Line, Webuild used concrete reinforced with macro synthetic fibres rather than steel. This solution helped avoid the need to use 6.96 million kg of steel, preventing approximately 13,224 tonnes of CO2 being emitted for its production.

In addition to concrete, there have been a number of other sustainable initiatives pursued by Webuild during the construction of the line in Perth, including specific tunnel-boring methods and the use of solar power.

Webuild had the tunnel-boring machines reuse the water they needed to function properly by having a slurry treatment plant installed on site. The plant used a filter press and centrifuge to process the slurry generated by the TBMs, separating the spoil from the water. It would then send the water back to the TBMs. This practice saved 2740 megalitres of water.

Another focus for the project is the use of solar power. One of the line’s three stations, High Wycombe, has what is claimed to be the largest solar panel system to be installed by a state government department in Western Australia. The 275 kW system will be sufficient to meet the average summertime daylight electricity demand of Airport Central Station and Redcliffe Station, in addition to the High Wycombe Station where the system is installed.

Thanks to technological innovation, this shift towards greener construction methods is making sustainable development truly sustainable, and is aligned with Webuild’s sustainability goals for the 2021–2023 period. One of its priorities is to reduce by 35% greenhouse gas emissions from fossil fuels and the production of electricity in 2022 compared with 2017.