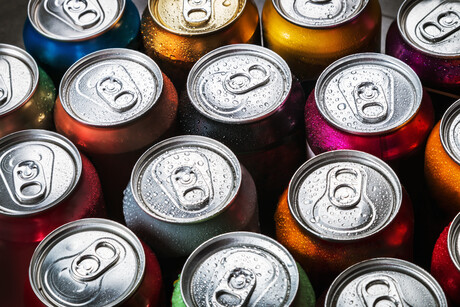 Aluminium recycling has received a boost through new research into the effects of crystallisation.

Researcher Dr Biao Cai from the University of Birmingham’s School of Metallurgy and Materials used sophisticated high-speed X-ray imaging to record the formation of microcrystals as alloys cool and solidify under a magnetic field.

A mathematical model was developed by his collaborator, Dr Andrew Kao from the University of Greenwich, to predict whether microcrystals would form and what shape they would have.

The model predicted that that helical ‘screw-like’ crystals would form under the influence of strong magnetic stirring, and the high-speed X-ray confirmed that this occurred.

Although these elegant crystals are just micrometres wide (10 times smaller than a human hair), they have implications for industrial-scale processes.

“These microscopic crystals ultimately determine the physical properties of the alloy. To be able to adjust their shape, structure and direction of growth will enable us to perfect processes for both manufacturing and recycling of metals and alloys,” said Dr Cai.

Dr Cai has already invented a technique to improve aluminium recycling by removing iron. Iron is a detrimental element that can make aluminium brittle and limit its use in premium applications such as aircraft.

Existing methods for removing iron during recycling are either expensive or inefficient, but this simple, inexpensive technique uses magnets and a temperature gradient to remove iron contamination.

The invention has been patented by University of Birmingham Enterprise and supported by the Midlands Innovation Commercialisation of Research Accelerator, which awarded Dr Cai a grant to build a large-scale prototype.

Super-intelligent AI would be uncontrollable: research