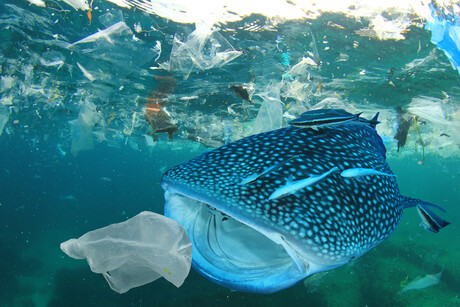 The Australian Marine Conservation Society (AMCS) and WWF-Australia have welcomed the NSW Government’s plans to phase out single-use plastics, heralding the move as good news for NSW’s beaches and the seabirds, turtles and whales that are being killed by ocean plastic.

Under the plan, lightweight plastic bags, cotton buds, expanded polystyrene food containers, straws, stirrers and single-use cutlery will be phased out by 2022.

Although the ban does not match Queensland in banning disposable plastic plates and bowls, the state government has flagged these for later consideration alongside heavyweight bags, fruit and vegetable barrier bags, plastic cups, PVC fruit stickers and oxo-degradable plastics.

WWF-Australia has called on the state government to introduce legislation this year.

“It’s been a long time coming, but [this] is a terrific outcome for the environment. We’re pleased to see NSW proposing bold action to stop some of the most problematic plastics from entering our oceans,” WWF-Australia’s No Plastics in Nature Policy Manager, Kate Noble, said.

“Banning these items is a simple and effective way to protect our beautiful beaches and marine wildlife.

“We’re also pleased to see polystyrene cups and takeaway containers included in the first wave of plastics to be banned. Expanded polystyrene is particularly dangerous when it enters our environment, due to its propensity to break down and flow into our oceans in lethal bite-sized pieces.

“NSW should turn this momentum into action and commit to introducing legislation this year. Our precious oceans and marine wildlife cannot afford to wait,” she said.

Noble also called for the state government to prioritise its review of other problematic plastics, including heavyweight plastic bags, plates, bowls, coffee cups and lids.

“There are viable, sustainable alternatives to each of these items, so there’s no reason to delay action for another three years,” she said.

Alongside the ban, the NSW Government announced $10 million to help manufacturers and retailers move to more sustainable alternatives, $5 million towards pilot projects reducing hard-to-address plastics like medical waste, and $2 million for research.

AMCS Plastics Campaign Manager Shane Cucow welcomed the commitments as a circuit breaker in national efforts to save wildlife from plastic pollution.

“As the state with the largest plastic footprint, [these] commitments would deliver a massive reduction in the flow of dangerous plastics into Australia’s oceans,” he said.

“We congratulate the NSW Government for listening to ocean lovers across the state who have been demanding action to save threatened seabirds, whales and turtles. With safe, earth-friendly alternatives available, it is time to put our wildlife first.

“Soft plastic bags and plastic straws are some of the most notorious killers of wildlife, causing life-threatening blockages or internal injuries when eaten. By including cotton buds and microbeads, the NSW Government has raised the bar for other states and territories in Australia.

“Together with vital funding for manufacturers and businesses to transition away from plastic, and critical funding for research into the threat of microplastics, this is one of the most comprehensive plans to fight plastic in Australia.”

Cucow said eyes are now on Tasmania and the Northern Territory, the only areas without a plan to ban single-use plastics.

“Every day we wait, we lose more animals to the scourge of plastic pollution,” Cucow added. “With every other state moving to ban notorious plastics like straws, cutlery and polystyrene, it’s time for Tasmania and the Northern Territory to act.” 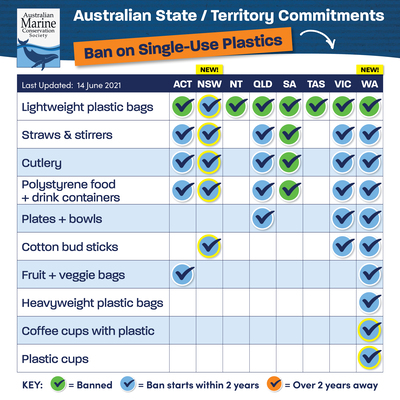 People can show their support for nature by urging states and territories to ban problematic plastics here: https://www.wwf.org.au/get-involved/plastics.

Despite 56% of surveyed Australians saying they would consider purchasing an EV as their next...

The industry is improving land management, increasing water use efficiency, reducing waste and...

Time to rethink our approach to using cannulas

Automation can lead to better patient outcomes in health care