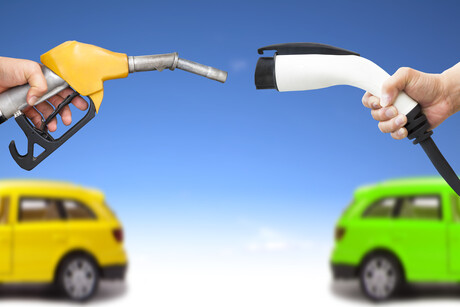 The International Energy Agency’s Global EV Outlook 2021 report said that 10 million electric cars were on the world’s roads in 2020, with battery electric models driving the expansion.

The Electric Vehicle Council reported that 6718 electric vehicles (EVs) were sold in Australia in 2019, but this accounted for only 0.6% of new vehicle sales in that year. Despite 56% of surveyed Australians saying they would consider purchasing an EV as their next car, there appears to be something holding us back.

UNSW Faculty of Science PhD candidate Gail Broadbent researches social attitudes to electric cars. As a former transport policy advisor in the NSW Government and for not-for-profit agencies, she explained that Australia’s slow uptake of EVs comes down to an interplay of varying factors.

“One important aspect of EV uptake is government incentive. My research in New Zealand revealed that the federal government has adopted multiple policies and initiatives to encourage electromobility, including a program to import second-hand EVs from Japan. Considering the pricing concerns of its citizens, this policy has allowed New Zealanders to have access to affordable, more sustainable vehicles.

“What is also essential is a comprehensive communications strategy that educates the public on the various aspects of EVs, such as the environmental benefits, the cost incentives and information regarding the location of charging stations. The education and communications program needs to be ongoing as we transition to an electric transport network,” Broadbent highlighted.

“My New Zealand research has revealed a surprising lack of knowledge when it comes to EVs. Many non-EV drivers have concerns regarding long-distance travel and the ability to recharge an EV — many don’t realise that visiting sites such as Plugshare (www.plugshare.com) will provide the locations of recharging stations in their state, country or throughout the world.”

In a bid to increase the uptake of EVs in NSW, the state government will offer drivers a $3000 rebate and free stamp duty — incentives that Broadbent says will make a difference to Australians considering an EV.

“The financial incentives offered by the state government will have an impact, but it’s important to note that the rebate only applies to EVs costing less than a certain price.

“The NSW Government is planning to invest in the expansion of the recharging network across the state and has committed to the procurement of EVs for its government departments — these are positive actions that will also encourage uptake,” Broadbent explained.

Beginning 1 September 2021, the NSW Government will offer $3000 rebates for the first 25,000 new battery electric and hydrogen fuel cell vehicles purchased for less than $68,750 (inclusive of GST). This incentive, along with the removal of stamp duty, will reportedly save eligible EV purchasers up to $5540, and is hoped to help drive the uptake of EVs to more than 50% of all car sales by 2030–31.

Broadbent suggested that the government could further boost EV uptake by offering incentives to business owners who purchase EVs. The federal government’s tax write-off scheme for new work vehicles currently supports high-emissions vehicles such as utes, but if this could be offered to EVs instead, we would see a shift in the balance of petrol vs EVs. Other strategies could include increasing the luxury car tax threshold for EVs — a move supported by NSW Transport Minister Andrew Constance.

Supply of EVs to Australia

Supply of EVs is another factor to consider. Many car makers, such as Volkswagen, are not shipping EVs to Australia, and this has a lot to do with our lack of mandatory fuel emissions standards.

“Passenger cars account for 10% of Australia’s annual emissions, so transitioning to EVs will make a significant contribution to reducing our carbon emissions,” Broadbent said — emphasising the need to continue the expansion of our renewable energy infrastructure and keep pushing towards 100% renewable energy. “But we need to address our emissions standards for car manufacturers to make sales of non-EVs less attractive,” she added.

In an article written by James Purtill for the ABC, Volkswagen Group Australia General Manager Michael Bartsch commented on why Volkswagen — which sold 212,000 EVs worldwide in 2020 — did not ship any to Australia.

“Australia has some of the most lax environmental standards in the world. We are a Third World dumping ground in terms of automotive technology,” he said.

Bartsch commented that car manufacturers will ship cars to places where they get the biggest commercial advantage. Currently that place is Europe, where car makers are fined heavily for not achieving EU CO2 targets. They are fined according to the average emissions of all the cars they sell in Europe over the course of the year, yet each EV sale earns super credits. Companies are therefore, unsurprisingly, focusing their EV efforts in Europe, not Australia.

Clearly, we have much work to do, but financial incentives for EV purchasers and recharging infrastructure expansion is a least a step in the right direction.

Preparing the next gen of environmental specialists

Environmental specialists are needed across business, government and the community — the...

As a society, we're all working towards shared sustainability goals, and industry has its...