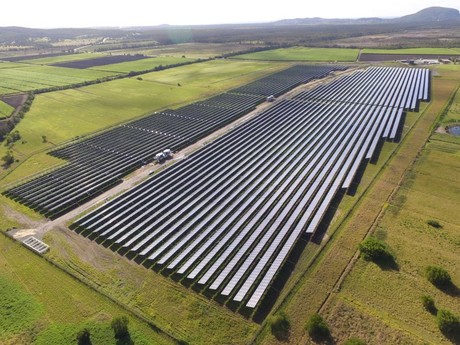 The Sunshine Coast is one of three Australian regions named in the Intelligent Community Forum’s (ICF) Smart21 Communities for 2019, recognising it as a global leader in smart technology and innovation. It’s the fifth time in six years that the region has earned a place on the list.

Headquartered in New York, the ICF is a global movement of 180 cities, metro regions and counties with a mission to make everyone’s home town a great place. The ICF studies and promotes the best practices of the world’s intelligent communities as they adapt to the new demands and seize the opportunities presented by information and communications technology.

The Smart21 are selected from hundreds of submissions, which are reviewed over an eight-month process by ICF analysts led by former Cisco Executive and Westchester County (New York) CIO Dr Norman Jacknis. Each submission must provide quantitative and qualitative data to demonstrate the delivery of initiatives aligned to the six intelligent community indicators: broadband, knowledge workforce, innovation, digital equality, sustainability and advocacy.

The 2019 winners were announced at an ICF event held in Hamilton, Ontario on 25 October.

“Being part of the Smart21 demonstrates that we are delivering world-class initiatives across all of the six intelligent community indicators, and ones that will benefit the community well into the future,” said Sunshine Coast Mayor Mark Jamieson.

“The International Broadband Submarine Cable, which is set to be operational by mid-2020, is just one example which will further assist us to build a healthy entrepreneurial ecosystem.

“The 2019 theme of infinite learning is consistent with our objectives for our region.

“The skills required in the workforce are changing and to meet the changing landscape there needs to be programs that can support the young and old as they manage their way through that transition.

“As a council we support a number of initiatives, including Level Up, RoboCoast, Mayor’s Telstra Tech Awards (MTTA) and GovHack.

Local entrepreneur Emma Baxter, founder of YOUtax, said SCRIPT and the Level Up program have enabled her company to provide extra value to clients and service them in a more simple and convenient way, thanks to the implementation of a number of digital systems for a superior online service.

Jessica Poole, Anto Thomas and Ray Steele, from Nambour State College, meanwhile benefited from the MTTA program. They developed a concept called ‘Driving Mate’, which offers incentives for people to put their phone away behind the wheel, and received a Highly Commended award for their efforts — as well as the opportunity to meet with entrepreneur and investor Steve Baxter. 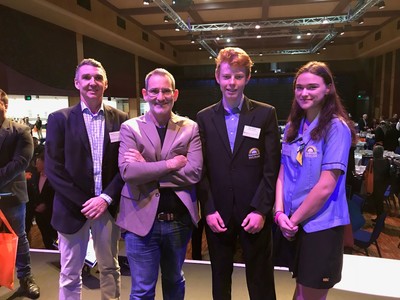 Sunshine Coast Innovation Centre CEO Mark Paddenburg said being a Smart21 community has helped to reinforce the Sunshine Coast’s strong reputation as a dynamic hub for innovation and entrepreneurship.

“Our region has a unique entrepreneurial ecosystem where industry contemporaries collaborate, and where innovation, new ideas, entrepreneurs and start-ups are actively supported and encouraged,” Paddenburg said.

“And with the backing of international awards like this, we will continue to grow.”

“We know there will be strong competition for the Top7, but we feel our region is up for the challenge,” Mayor Jamieson said.

Other Australian cities included in this year’s Smart21 include Adelaide and Prospect, both in South Australia. The full list of communities is as follows:

Top image caption: Sunshine Coast Council was recently acknowledged in the Australian Smart Cities Awards for its 15 MW solar farm, which offsets all of the council’s energy use.