Food waste heads back to base, as compost 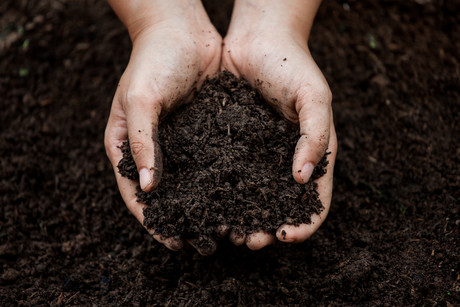 Since initiating the pilot program, SUEZ has diverted 600 tonnes of bulk food waste and organic waste from landfill via a dedicated wheelie bin collection service in Brisbane, with some of South East Queensland’s largest shopping centres taking part in the initiative.

“We want to provide solutions to help our clients become more environmentally focused,” Hull said. “We only have one planet — there is no Planet B.”

In landfill, food waste breaks down rapidly, because it’s a covered process devoid of oxygen. “It leads to greenhouse gases, including methane gas, which is released into the atmosphere and 25 times more potent than carbon dioxide and believed to be a contributor to global warming,” Hull said. “Whereas during composting, it’s above ground, so the compost is constantly aerating and doesn’t produce methane gas.”

Ahead of the levy

Together with businesses supporting the composting movement, SUEZ and NuGrow have successfully proven that waste can be converted into something of value and — given the new Queensland Waste Levy introduced on 1 July 2019 — the incentive is working ahead of the legislation. Before 1 July, Queensland was one of only two Australians states without a waste levy in place. Hull said that this meant recycling was more expensive than landfilling in Queensland.

“Companies would even bring waste from New South Wales into Queensland because waste levies in their own state meant it was cheaper to landfill here,” Hull said.

“This waste levy has increased the price of waste going to landfill by a minimum of $75 a tonne. That’s just on the general waste — the regulated waste streams will have a higher cost impact. This will encourage businesses to re-look at the way they produce waste, and what they’re doing with their waste thereafter.”

AMP’s Gasworks Plaza was an early adopter, collecting and composting food waste that had previously been going into the waste bins.

Gasworks Plaza Operations Manager Jason Gillig said the retail precinct is already on track to achieve its 2020 target to divert 50% of its waste from landfill to recycling.

“From the program’s inception with SUEZ in August 2018, Gasworks has managed to recycle more than 50% of organic waste through NuGrow’s Swanbank facility, while improving diversion rates from 30% to 47%,” he said.

“We’ve implemented recycling through other waste streams such as paper and cardboard, plastic, glass and aluminium cans, oils, meat and bones, and e-waste from electrical products, while also donating clothing to charities and tenant food to Oz Harvest.

“Through strong processes and training, Gasworks is committed to improving the amount of waste recycled across all peripheral waste streams with the focus on capturing organic waste to not only save [the] amount of waste ending up in landfill but to also see the direct benefits this recycled produce can produce.

“Gasworks is proud to partner with SUEZ as both parties share the same values and commitment to environmental improvements and sustainability across all areas of operation within a complex shopping centre environment.”

From macro to micro

Although the project began from a big picture world view around protecting the planet, it’s the micro-management that has made all the difference.

“At some sites, we’ve even deployed SUEZ team members to walk around the centre and educate the tenants about the importance of avoiding contamination from things such as ceramics, metals and plastics that would compromise the quality of the end product,” Hull said.

Given the turnover of junior staff within retail, absolute clarity around the collection of each waste and recycling stream has been crucial to managing new processes.

“Firstly, kitchen tenants place all organic waste within the SUEZ organic bins during the food preparation stage, being sure to avoid contamination. Those bins are then collected and delivered to our loading dock. Finally, from there, SUEZ vehicles pick up the bins and deliver them to NuGrow’s composting facility near Ipswich.

“To demonstrate the power of the circular economy, we’ve now requested for that compost to be returned to us so we can use it to fertilise our on-premise landscaping.”

NuGrow’s Chief Commercial Officer, Jacob Wilson, said there was no levy in place when SUEZ invested in their partnership in the food waste recycling space.

“This initiative demonstrates a total closed loop recycling process because 100% of the food waste has been recycled and can even be returned to where the waste came from in the form of quality compost,” Wilson said.

The model can be sized down or sized up and would be suitable for any food-based business.

“SUEZ’s stewardship of the program has meant the level of contamination in the collected food waste has been very low, which has meant the end product is high quality,” he said.

For companies wanting to do better in terms of sustainability or reducing their waste levy costs, Wilson suggested reaching out to their waste provider.

“Ask them where your waste is going and how it’s being used,” he said. “Ask if you can have it returned to you in the form of compost, like Gasworks has done. The next six months post-levy will be challenging as people try to understand how to better recycle and where they fit in the hierarchy, but it costs nothing to be informed.”