Office of Environment and Heritage NSW 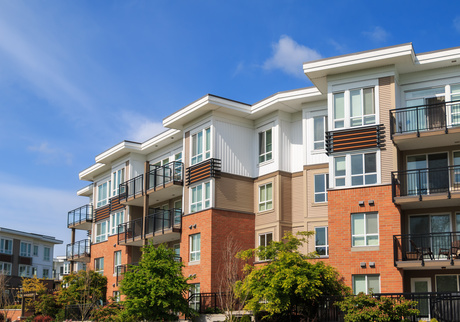 The federal and state governments have announced funding for a new rating tool for apartment buildings that will drive sustainability upgrades, resulting in greenhouse gas reductions and bill savings. The tool will be developed by the National Australian Built Environment Rating System (NABERS) and will measure energy performance of apartments nationwide on a scale of one to six stars, six being the most efficient.

“The built environment contributes almost a quarter of Australia’s emissions, and residential apartments represent the fastest growing market in the built environment,” said NABERS National Program Manager Carlos Flores. “We know bringing large-scale sustainability change to the apartment sector will be a major challenge, but one that government and industry can tackle if we work together.”

NABERS tools have proven effective in the commercial building sector, where they have allowed building owners to better understand their assets’ performance and provided a metric on which numerous policy and incentive schemes have been built. The office sector is now saving more than $100 million a year in power bills compared to 2010 levels, resulting in annual CO2 emissions savings of more than 635,000 tonnes.

“In the office sector, NABERS provided a ‘common language’ that made energy efficiency tangible for building owners and tenants,” noted Luke Menzel, CEO of the Energy Efficiency Council. “As a result, energy efficiency is now understood as more than just a cost-saving strategy; it’s a way to improve amenity, occupant health and leaseability, which has had a huge impact.

“NABERS Energy for apartment buildings has the potential to deliver those same benefits to the growing number of Australians that rent and own apartments, if it is supported by sensible, well-targeted policies and programs. We’re looking forward to working with all levels of government — including local governments — to make this new NABERS tool a success.”

The Property Council of Australia has added its support for the tool, with CEO Ken Morrison saying it “reflects the property industry’s willingness to work with government on sensible and cost-effective measures which reduce emissions”.

“Rating tools like this one provide better information for everyone,” said Morrison. “This is a practical measure that will reduce emissions and costs for landlords and tenants.

“We support the development of coherent national initiatives such as this and encourage governments to bring this level of coordination to other residential sustainability policies, where initiatives are often fragmented and inconsistent among jurisdictions.”