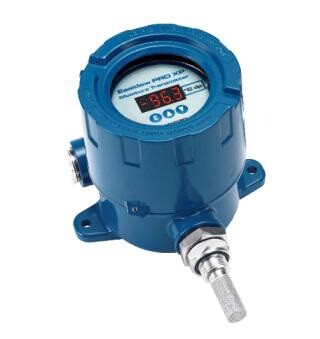 In industrial applications across the globe, compressed air supplies are a necessity. In Europe alone, it is estimated 10% of all industrial electricity consumed is used to produce compressed air. Compressed air is so vital to industry that it is often referred to as the fourth utility.

Compressed air can also be used as a safe alternative power source in hazardous locations where there is a risk of fire or explosion, such as mines and oil rigs.

A number of problems are caused by excessive moisture in a compressed air system:

To avoid condensation, the compressed air must be dried to a point where its dew point is lower than the temperature of the coldest surface that the compressed air could come into contact with at any point in the distribution network.

An aftercooler is an inexpensive solution to remove bulk moisture from the warm air leaving the compressor. It simply consists of an air- or water-cooled heat exchanger.

Refrigerant dryers work on the same principle as an aftercooler, but cool the air further using a refrigeration system.

Refrigerant dryers are often fitted with a temperature sensor, which is thought to be comparable to measuring the dew point of the compressed air output. There are two main reasons why the temperature may not be indicative of the true dew point:

The most effective type of dryer is the twin-column desiccant dryer, which uses two cylinders filled with a moisture adsorbent. The active cylinder is fed with wet supply air from the compressor, removing moisture and producing a constant supply of dry compressed air. A small proportion of this dry air is used to regenerate the second, offline, cylinder.

These dryers typically use activated alumina or molecular sieve-type desiccant as their drying media, and are capable of supplying dry compressed air with dew points as low as -50 and -90°C respectively. They are able to function because of the partial pressure gradient of the adsorbent, resulting in the deposition of the moisture from the wet air onto the large surface area of the porous adsorbent material.

A small proportion of the dry air from the active column is supplied back into the regenerating column to help with desorption of moisture from the saturated desiccant. Using a pre-set cycle timer, the role of the columns is switched; the ‘dwell’ time of each cycle is set depending on the columns’ adsorbent capacity. When the columns switch roles, the rapid pressure drop in the active column also helps release adsorbed moisture.

This type of dryer has a general component layout which is similar to that of the heatless regeneration version. However, in addition to a flow of already dried air, regeneration is achieved either with a heating element in direct contact with the adsorbent bed or by heating the air flowing into the column that is regenerating.

Hot air can transport a larger quantity of water vapour, resulting in faster desorption of moisture in the column that is regenerating than with a dry air flow alone. As a result, a much smaller quantity of dry air is required for regeneration, making the dryer more efficient.

In addition to the surface area, it is also possible to use the internal volume of the adsorbent. This significantly improves the moisture capacity of each column. When the adsorbent capacity and time of each column is known, the dwell times can be increased to make the optimum use of the capacity available. Moreover, by applying heat it is possible to fully regenerate the absorbent in this time.

Traditional regenerative dryers use a timer to determine when to switch roles of the drying and regenerating columns. The time between switch-over can vary from several minutes to several hours and is based on the minimum time it takes to regenerate a saturated column.

However, the rate at which the drying column becomes saturated is influenced by various factors including amount of air being consumed, the dryer input pressure, the temperature of the environment, and the humidity of the air used to feed the compressor. If the load on the dryer is low, then the drying column can still have the potential to continue drying the air at the time of switching and therefore this potential is wasted.

More sophisticated DDS dryers use a moisture sensor to determine the dew point of the active, drying column and only switch-over when this column has adsorbed the maximum possible amount of moisture.

With DDS systems, the regeneration of the inactive column is still based on time, but once the pre-determined regeneration time has elapsed, purge air is switched off completely (as are the heaters in heat regenerative dryers). When demand is low, the active, drying column is in operation for much longer, resulting in a large saving in purge air and heating costs.

Michell Instruments — through their Australian distributor AMS Instrumentation & Calibration — can assist customers with their application for dew point measurements.

Labour shortages and WHS concerns to increase use of outdoor robots