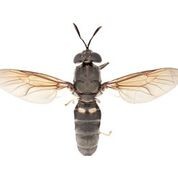 CSIRO is undertaking a series of projects designed to kick-start an Australian insect industry that will tackle food waste and create a sustainable source of protein for human consumption.

CSIRO is working on an industry roadmap to identify opportunities to grow a national insect industry. Insects have multiple roles to play in a sustainable environment, acting as food waste processors, and as an edible source of protein, which is why the national science agency is focused on how to develop a sustainable, scientifically based industry to produce specific types of insects.

One project involves the development of a recipe to get Black Soldier Flies in the mood to mate in order to tackle Australia’s food waste crisis.

Partnering with Canberra-based start-up Goterra, farming experts from CSIRO have been searching for the perfect combination of conditions that will encourage flies to mate — testing lighting, temperature, moisture, surface texture and diet. Boosting egg laying will enable Goterra to breed more insects to eat through food waste and turn it into compost, a strategy that will reduce landfill and emissions from transporting food to landfill, and enrich soil with nutrient-rich fertiliser.

Sustainable insect farming requires less land and water than raising cattle or pigs, while still producing a high-protein end product for consumption. Working alongside the University of Adelaide, CSIRO is expanding its partnership with Goterra to investigate which native Australian insects are the best nutritional options for human consumption. The agency’s Australian National Insect Collection will help identify native species of insects that are potential candidates for Australia’s edible insect industry. The organisation is also working with local Aboriginal communities to understand traditions around witjuti grubs, bogong moths and green tree ants, which are known for their zesty citrus-tasting abdomens.

To get the industry roadmap underway, CSIRO is hosting an international symposium on edible insects — Developing Australia's edible insect research and industry to improve environmental, health and cultural outcomes — on 28–30 August in Brisbane, to help guide the development of the insect industry in Australia.

“CSIRO has been at the forefront of agricultural and food innovation in Australia for over a century, so it’s fitting that … we’re using that expertise to grow a new local industry using native Australian resources like insects,” he said.

“Growing a new industry is a complex, multidisciplinary challenge, but with CSIRO’s expertise spanning farming, insects, nutrition, economic and environmental forecasting, and collaboration with industry, government and universities, we have a strong track record for turning excellent science into real-world solutions.”

While working with CSIRO, Goterra CEO Olympia Yarger had the Australian soldier fly Hermetia olympiae named after her, and said working with an organisation as diverse as CSIRO meant her business could develop in multiple directions.

“We were inspired to start the business out of passion for insects and a belief in harnessing them to work for us, whether that’s as a source of food with edible insects or to process food waste using larvae,” Yarger said.

“Our solution is focused on technology to create opportunities to use insects as a biological service. We’re building the technology to breed the insects and transport them to wherever there is a need, creating a mobile and versatile alternative to everything from sources of protein to landfill.”