Climate action in Victoria could save billions 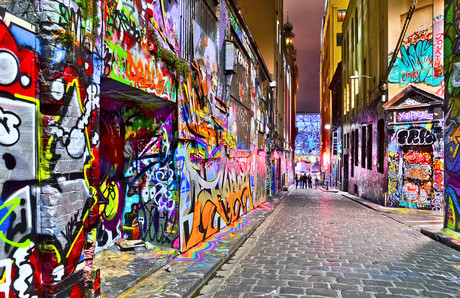 Greenhouse gas emissions in the municipality of Melbourne are generated from electricity, gas, transport and waste produced by daily activities. They are also generated by food and agriculture, goods and services, and the resources that go into packaging, clothes and building materials.

Preliminary estimates in research commissioned by the City of Melbourne found that inaction to reduce the impacts of climate change and missed economic opportunities of transitioning to a low-carbon economy will cost the Victorian economy $12.6 billion over the 2020–2050 period.

The $12.6 billion is calculated using the ‘social cost of carbon’ which is a measure of the health impacts, damage to infrastructure and lost jobs and economic opportunities resulting from high levels of emissions, and a failure to transition to a low-carbon economy.

The City of Melbourne has written a ‘Draft Climate Change Mitigation Strategy to 2050’ which sets out its commitment to science-based targets in the Paris Climate Agreement.

Endorsed by the city’s councillors, the strategy prioritises actions to reduce emissions across electricity, gas, transport and waste.

This commitment will be upheld by focusing on working with community, industry and government to make the switch to 100% renewable energy, working with building owners, developers, community and the transport sector to achieve zero net emissions building, precincts and transport, and reducing the impact of waste.

“We’ve made some incredible achievements in progressing the switch to renewable energy such as leading the Melbourne Renewable Energy Project (MREP) to build a 39-turbine wind farm in regional Victoria,” Oke said.

The MREP is claimed to mark the first time in Australia that a group of local governments, cultural institutions, universities and corporations members have collectively agreed to purchase renewable energy from a newly built facility. Under this project, the group has committed to purchase 88 GWh of electricity per year from the Crowlands Wind Farm under a long-term PPA. The agreement will now enable Pacific Hydro to progress financing and construction arrangements for the project; and because the wind farm will generate more than the purchasing group’s needs, it will bring additional renewable energy into the market.

“We want to accelerate these kinds of initiatives going forward and work in partnership with the state and federal governments to increase uptake in clean energy initiatives,” Oke said.

A final draft of the strategy is expected to go before the council before the end of the year.

Feedback on the draft strategy can be submitted via Participate Melbourne from 5 September to 14 October.