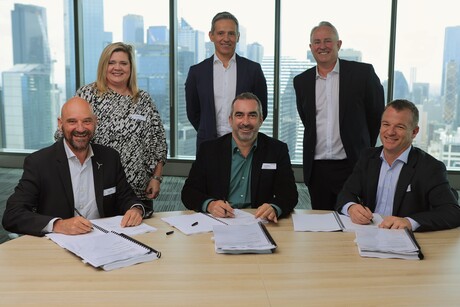 AusNet Services (AusNet) has been appointed by WestWind Energy and TagEnergy to connect the first 756 MW stage of the Golden Plains Wind Farm to the grid, following four years of collaborative effort.

Claimed as Australia’s largest wind farm, the 1330 MW wind farm in Rokewood will power more than 750,000 homes when both stages of the project are completed.

AusNet, along with its construction partner Consolidated Power Projects Australia, will design, build, own and operate the transmission assets for the wind farm, including a new 500 kV terminal station, two 500/220 kV transformers, a 5 km transmission line and a new 220 kV switching station.

Chad Hymas, Chief Development Officer, said AusNet is pleased to be part of the project that is designed to help the state’s transition to renewable energy.

“We are proud to be working with a number of local partners, including the engineering expertise of Jacobs in Melbourne and control room manufacturer SRS Power in Dandenong South, to drive a more sustainable future for Victoria,” Hymas said.

Since 2017 AusNet has delivered the infrastructure to connect around 2 GW of renewables and battery storage to the market.

Detailed design and procurement have commenced, with construction due to commence in early 2023.

Veolia has launched a nationwide decarbonisation project across its Australian operation to reach...