Preparing for the Energy IoT Economy 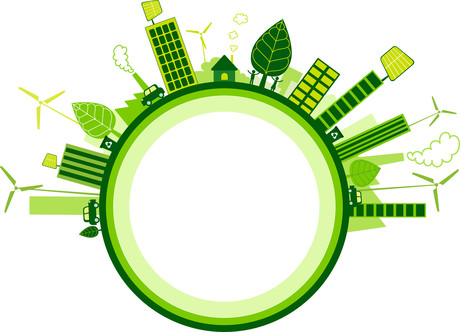 Renewable sources make up 16% of Australia’s total electricity generation in the most recent set of government figures, and consumption at a consumer level continues to grow.

But as these sources gain higher penetration in the mix of energy brought to market by distribution network service providers (DNSPs), they pose management challenges due to their variable nature and quality.

These challenges could be resolved by making it less difficult and costly for providers to capture data from renewable sources and bring it into traditional systems to properly understand how it is impacting their networks.

The business impact of IoT

IoT can be used to monitor any kind of connected asset with different levels of detail. Whether it is an inverter, a room’s temperature, a current, an open door or the intensity of light, IoT is able to capture that information and make it available to other systems.

What in the past had to be wired to be monitored can now be connected to a relatively cheap IoT device, which not only will broadcast that data but can also process it locally to create actionable insight.

Setting alarms directly on electricity-generating or -consuming assets dramatically reduces the amount of data sent to a centralised system, and thus the cost of data transmission.

This is immediately allowing distributors and utilities to evolve their processes — in this instance, allowing them to get a better lid on the status and quality of power from renewable generation assets in the field.

In the mid-term, we will see new services and products emerge based on needs identified from these large volumes of data.

Eventually, anything we centrally control now — networks, buildings, manufacturing, industrial processes and so on — will be managed by hybrid systems, balancing actions taken by a central monitoring function and others taken where the asset is physically located using IoT. AI will increase that trend by allowing IoT systems to do much more ‘on their own’ without the influence of a centralised application or team.

Renewable generation assets could, in future, intelligently and dynamically adapt their regulation and management much more than what they are doing now.

The energy sector is very broad and IoT is being implemented at different speeds.

Asset management is an obvious early candidate for IoT use. But while IoT has created the perfect conditions for much more thorough asset analysis to take place, work is required to achieve that vision.

Some fields such as power distribution networks still have a long way to go, as their assets are generally dispersed and installing IoT devices on them requires significant labour.

Additionally, the sector is very traditional when it comes to control systems, and these may no longer be up to scratch.

Existing systems are scoped to centrally manage data coming from a limited number of distributed measuring points. As those data collection points multiply with IoT devices and sensors, existing systems won’t keep up. The logic and the architecture with which they were built was not designed with IoT in mind.

IoT will have most success when it becomes a core component of business processes. Importantly, it will make these core processes adaptable and aligned to customers’ needs, changing dynamically as things occur.

Utilities supplying gas and water are already experimenting with IoT, and there are some very interesting solutions to reduce costs of asset inspection and increase the spectrum of monitoring, even if the vision of reshaping business processes through the extensive use of IoT is not there yet.

Electricity retailers are also moving really fast in trying new solutions and many attempts have been trialled especially in demand response or energy management, but the business model remains unclear and customers are yet to see a lot of value in IoT.

The best opportunity for a massive deployment of IoT appears to be offering it to customers as part of new services.

Can an industrial customer be advised on a more efficient use of energy once IoT is able to crosscheck their consumption data with production processes?

Can a manufacturing site be helped in scheduling the production cycles according to expected electricity prices?

Can the algorithms running over IoT gateways spot a faulty compressor, a leak in a pipe, an open coolroom door or unauthorised access to a property?

These are just some of the possibilities that are currently being explored.

IoT will be much more pervasive five years from now. Organisations will include IoT in the implementation of innovation, whereas today it is often part of a strategy but not necessarily in production in any great amount.

The consensus is that IoT will play a big part in the operation of the energy sector, but it will not be alone. The use of AI will increase in parallel to leverage this new data and reduce the time to act.

Start-ups will continue to drive some of the innovation in IoT, but scaling up these solutions to the large volumes required by the industry will require investments, partners and resources that a start-up may struggle to achieve. This is where the support of more traditional systems integrators that provide technological platforms of an enterprise-grade robustness and manageability will be important.

When an organisation is relying on hundreds of thousands of IoT devices to run their business, having a fine control over the functions performed by every device, the algorithms running and a robust cybersecurity framework also becomes essential to provide effective and secure services, and monitor functions and software maintenance. Additionally, it is of paramount importance relying on open source technology and market standards, because the IoT applications are ever growing in breadth and complexity and will require an ecosystem of providers to continuously keep updated the offer of solutions to customers.

Bringing all these ingredients together will ensure that the powerful use cases being marketed to industry are as robust in practice as they are being presented, and can start to generate real value.