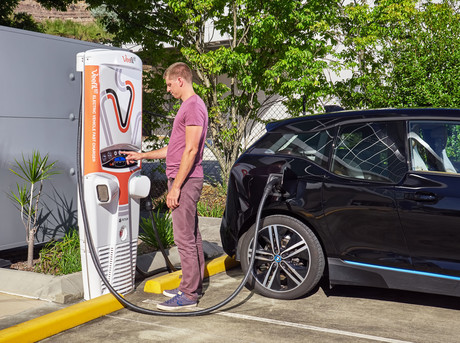 Electric vehicles (EVs) could represent 90% of all cars and light commercial vehicles on Australian roads by 2050, according to new modelling produced for the Clean Energy Finance Corporation (CEFC) and Australian Renewable Energy Agency (ARENA).

The modelling comes as part of the Australian Electric Vehicle Market Study, prepared by energy consultancy Energeia. The company found that Australia has very low EV penetration compared with other advanced economies — only 0.1% of new car sales in Australia are EVs, behind the United States at 0.9%, the United Kingdom at 1.4%, the Netherlands at 6.4% and Norway at 29%.

However, Energeia predicts that this is soon set to change, having modelled three potential scenarios:

Under all scenarios, the report predicts that between 2020 and 2027, EVs will reach price parity with traditional combustion engines and then rapidly increase as a percentage of new vehicle sales. Under the moderate intervention scenario, EVs would reach 100% of new car sales in 2040, when more than half of all vehicles on Australian roads would be electric. This represents almost 1.9 million new EV sales a year.

The study considered the impact of so-called range anxiety, where drivers are concerned they will run out of power, and perceived long recharge times. It reported that more than 99% of Australian car trips are less than 50 kilometres, so a round trip is already well within the range of current EV models. Furthermore, on current trends, EVs could have the same driving range capabilities as diesel- or petrol-fuelled cars by 2024.

Model availability, registration fee reductions, procurement targets and fuel efficiency standards were all found to be key drivers for EV uptake, while the availability of charging infrastructure was considered a barrier. The good news is that, by 2024, EV owners could expect to charge their 100 kWh battery at a public access fast charging network in about five minutes or less, at a cost of just $11.

“Australians have traditionally been early adopters of new technology, but we’re lagging when it comes to EVs,” said CEFC CEO Ian Learmonth. “This research shows that we can increase the uptake of EVs in a way that benefits drivers as well as the environment. It’s about lowering prices, supporting more models and creating a charging network.

“The reality is that the transition to EVs is inevitable. We’re already seeing vehicle makers confirm they will stop producing pure internal combustion engines over the coming years. At the same time, we’re seeing dramatic improvements in vehicle charging networks, creating the essential infrastructure to support electric vehicles. These measures can deliver a material improvement on our greenhouse gas emissions, as well as take our vehicle fleet into the 21st century.”

The release of the study coincides with the news that the NRMA has chosen Australian EV charging specialist Tritium as the supplier of electric vehicle chargers for its $10 million network rollout across NSW and the ACT. Founded in Brisbane, Tritium is a world leader in fast-charging station technology with deployments in the United States and Europe, and is a leading supplier of chargers for Queensland’s EV super-highway.

“Until now, electric vehicles have only been practical for short urban journeys, driving only within charging range of their garages or the small number of public fast chargers,” said NRMA Group CEO Rohan Lund.

“Our vision is to open up the great destinations NSW and the ACT have to offer electric vehicle drivers, without the worry of running out of a charge on their trip.”

Announced in October 2017, NRMA’s Electric Vehicle Fast Charging Network will ensure that 95% of EV journeys will be within 150 km of a fast charge across NSW and ACT. The network will be Australia’s largest and is being delivered in partnership with local communities including local councils, small businesses and land owners.

Tritium’s Veefil-RT 50 kW fast chargers ensure drivers can fully charge their vehicle to 80% within 30 minutes on average for any EV with a CHAdeMO or CCS2 socket. The charger will be available at at least 40 publicly accessible sites, with the costs of charging included in NRMA membership. Chargers will accommodate most makes and models of EVs available in Australia. 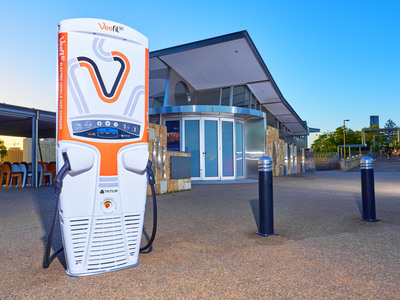 “The NRMA is pleased to work alongside a local Australian-owned company like Tritium to support the development of a local electric vehicle industry,” said Lund.

“It’s through forward-thinking leadership from organisations such as the NRMA that Australia will make its mark on the electric vehicle driving space,” said Chris Hewitt, Head of Sales A/NZ, Tritium. “They are breaking down a major barrier to EV adoption in Australia — the availability of chargers.”