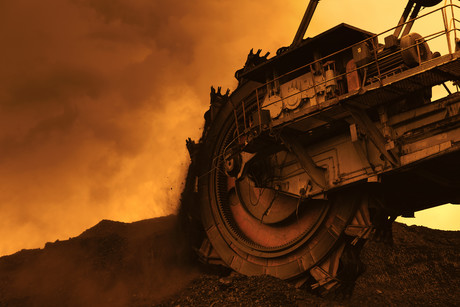 The government has put upcoming coal projects on hold following an independent report warning of the damage posed to Sydney’s drinking water by local mining operations.

“Fears over water supply in Sydney, and indeed the whole state of NSW, have been growing in recent years,” Evans said.

“Dam levels are dropping at the fastest rate since 1940 and figures from WaterNSW show that the warning storage level was reached in January this year, with Sydney’s desalination plant stepping in to provide drinking water to residents.

“As of November, dam levels were found to be at less than half of capacity (47%), and some mines in the state have warned they may soon run out of water entirely,” Evans continued.

She detailed that the primary cause of water losses is longwall mining, a method that can lead to subsidence or the collapsing of land. This process blocks the flow of water, which continues to be a problem after the mining sites have been shut down.

Nic Clyde, from environmental organisation Lock The Gate, said, “A lot of water continues to flow into the mines that have been shut down, because there are voids left where coal has been removed. That water flushes out heavy metals, salts — all the things you don’t want in your freshwater supplies.

“In some cases there’s no real way of stopping it. Once you’ve mined the coal, you’ve got a problem — and I’m not sure if anyone really knows how long it will last.

“We’ve got a climate that is getting hotter and drier, a growing population, and we’re in the grip of one of the worst droughts in living memory. The question is — how much is too much?

“The mining industry might like to play down the damage to the catchment, but there are some very big questions and expensive problems that need to be solved.”

While the government’s pause is welcome, industry members remain uncertain as to what the outcome will be.

ABB will provide drive and motor products and services as part of Sydney Water's ProMac water...

A joint project from the City of Sydney and Sydney Water will see the installation of an...

The rise of the cordless machines: safety benefits of a new generation of tools

Time to rethink our approach to using cannulas

Automation can lead to better patient outcomes in health care