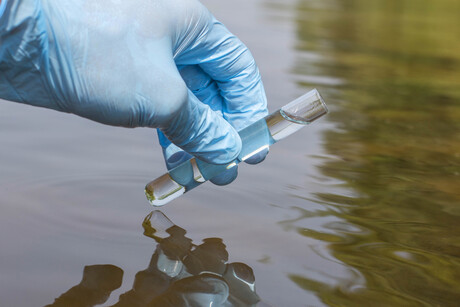 UNSW engineers have shown that ultrasensitive CRISPR technology can quickly and easily identify the presence of Cryptosporidium parvum in water samples onsite — tiny microbes that cause significant health risks and potentially even death.

Cryptosporidium is a microscopic parasite that can cause serious gastrointestinal disorders, and is especially widespread in locations where water sources may be contaminated by animals, both wild and domestic. Long periods of drought followed by heavy rain, becoming ever more typical in Australia, often leads to increased contamination of our waterways.

Until now, detecting Cryptosporidium has most commonly required the use of expensive laboratory equipment, specialised microscopes and skilled training to identify the microbe in a water sample. Professor Ewa Goldys and her team have now proposed a new method which is said to be cheaper and easier to carry out, requires little specialist training and produces a distinctive fluorescent glow in the water sample when Cryptosporidium is found.

Described in the journal Water Research, the new method uses CRISPR technology that can detect specific proteins on the surface of the Cryptosporidium microbe (known as an oocyst) and then bind onto it. When a fluorescent agent is added to the reaction mixture, which is then combined with water samples, the result is a clear signal that can be detected by a standard plate reader. These plate readers are suitable for large-scale screening of multiple samples simultaneously, thus making the detection process faster and more efficient.

The CRISPR/Cas12a-based system can produce results in around 2.5 hours, at a maximum sensitivity down to a single Cryptosporidium oocyst per millilitre. This is important given the fact that as little as two such microbes are believed to be capable of causing serious infection.

“Although the pathogen can be very sparse in the water, it’s still very dangerous because ingesting just a few can make you sick,” Prof Goldys said.

“This new method lowers the cost of water testing and makes it more broadly available. We hope to make water testing much faster and much cheaper.”

The technology also has the potential to be developed further to improve detection of other bacteria and viruses, including possible identification of COVID-19 in wastewater samples. Prof Goldys noted that detection of COVID-19 “currently takes up to 11 hours to get results from wastewater samples — much of which is often time spent transporting the sample to the lab where all the specialised equipment is located”.

“Our system gives results for Cryptosporidium in just two and a half hours, and we hope this is a new technology that can be easily applied at the site where water samples are being taken,” she said.

“The aim is to get further funding for additional research into the way we may be able to adapt this for COVID-19 detection.”

A Perth-based piping and drainage specialist has been bought by Veolia, with all local employees...

The partnership will see new and old technologies leveraged to help push the city towards a...