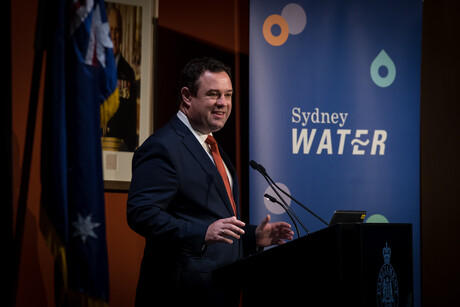 Using input from 60 stakeholders from various sectors such as business, industry, government, academia and communities, the paper outlines how Sydney Water will introduce a circular economy with the collaboration of public and private sectors to foster a thriving, modern, liveable city.

“Transitioning to a circular economy ecosystem through thoughtful land-use planning and wider re-use of water, materials and waste will be critical for unlocking sustainable economic growth — but will rely on councils, governments and businesses working together to streamline approvals for technology and other vital investment,” said Sydney Water’s Managing Director Roch Cheroux.

“Western Sydney has the opportunity to be a global leader in circular economy implementation and with the extent of greenfield development being planned for now we must embrace this opportunity.”

The white paper sets out six recommendations in the report to enable the facilitation of the circular economy, including:

“Under the recommendations, turning food waste into energy is one of the largest economic opportunities for the Western Parkland City. Systems for collecting, transporting and converting waste into biofuel could be part of the earliest planning stages and built into new homes and surrounding communities,” Cheroux said.

“The NSW Government has demonstrated its commitment to driving circular economy outcomes through NSW Circular and dedicated grant funding announced yesterday. We have a clear direction, and by working together we will create a national and global benchmark for a circular economy in the Western Parkland City,” Ayres said.

“Sydney Water is proud to have led this work which presents a joined-up view on what needs to happen if we are serious about the Western Parkland City becoming a global benchmark for a circular economy on the largest scale seen to date in Australia,” Cheroux said.

“The circular economy is a trillion-dollar economic opportunity for Australia, and we have the opportunity to become world-class leaders in this field.”

A Perth-based piping and drainage specialist has been bought by Veolia, with all local employees...

The partnership will see new and old technologies leveraged to help push the city towards a...

Unusual behaviour of water at the nanoscale

Decades in the making: RNA's importance to Australia

AMRs in warehouse and industrial environments

Give your feedback regarding a processing aid

Beating back salmonella on food equipment using oil and acid