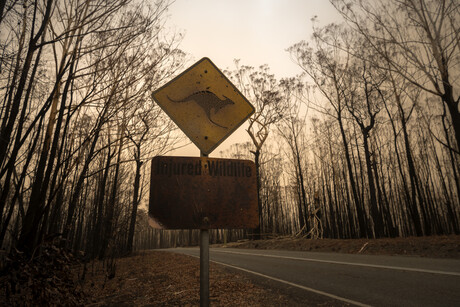 In collaboration with the Water Corporation, the ECU researchers — Professor Pierre Horwitz and Dr Dave Blake — will lead a comprehensive four-year investigation of forested water catchments in the Perth Hills from Mundaring Weir to Collie.

Dr Blake said that although water quality is not at the forefront of people’s minds when dealing with a fire, the event could result in problems with a community’s water supply for years.

“After vegetation cover is burned and the soil is scorched, what’s left is the concentrated and chemically transformed ash, exposed and vulnerable to wind and water erosion. Heavy rainfall will wash this ash, topsoil and incompletely burned vegetation into streams and water reservoirs,” he said.

“All of this eroded matter is accompanied by dissolved organic compounds, carcinogens and heavy metals from the soil that are exposed and concentrated after a fire.

The ECU team completed an initial study in the Yarloop region in South West WA after the devastating bushfire destroyed more than 69,000 hectares of land in 2016. The findings are published in the International Journal of Wildland Fire.

Professor Horwitz said water was one of the big concerns of the Yarloop community after the megafire.

“After the danger had passed, Yarloop residents were looking for immediate guidance on how to protect their water assets from the effects of the fire. So having a better understanding of the long-term consequences for water would be a powerful tool to help to guide fire management protocol,” he said.

“We found that in this region, erosion was particularly harsh on steep terrain where the fire had been very severe,” Dr Blake said.

“Now we want to expand our work to a wider region and consider land after fires of different burn intensities, like prescribed burns and wildfires, and wherever possible collect pre-fire and fire history information as well.”

Professor Horwitz said the research would lead to tools for environmental managers to apply in their areas to prevent post-fire erosion and subsequent water contamination.

“By factoring in the land topography, fire severity and rain intensity, we can identify how long it takes burnt material to make its way into reservoirs used for water supply, then perhaps we can prevent the contamination altogether,” he said.

“Understanding why some areas are particularly vulnerable will tell us where to go, and when and how, to stop particular sources of contamination from soil erosion after a fire.”

A report released by IDTechEx predicts that, in the water pipe network alone, the industry of...

Engineers at Monash University have devised an improved method to remove potentially deadly...