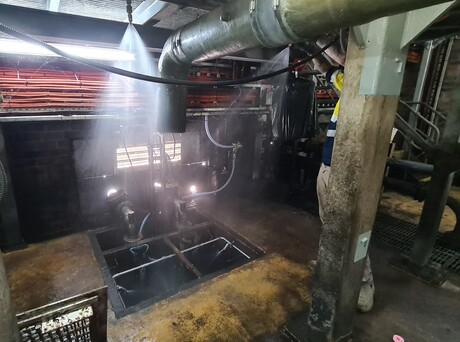 Sydney Water operates 16 wastewater treatment plants. Between them, they collect over 1.3 billion litres of wastewater from homes and businesses across Sydney, the Illawarra and the Blue Mountains. This wastewater is treated before re-use or discharge into rivers and oceans following strict protocols and monitoring.

The Warriewood wastewater plant had a daily problem with foam. In fact, there were times when the plant’s operators were knee deep in foam. Not only was this a safety concern for workers, the foam left a residue which could impact the electrical equipment used to operate the plant.

The foam was generated during the treatment process when a treating chemical was added to the agitated liquid.

Spray nozzles had been installed previously but they were ineffectual as they were prone to blocking and required lots of maintenance.

Sydney Water contacted Tecpro Australia in search of a turnkey solution. The Tecpro team recommended and installed a ring of special blockage-resistant nozzles inside the treatment pit. For the Sydney Water environment, these nozzles spray course droplets which break up the foam by bursting the bubbles during the agitation process. This prevents foam growth and build-up. 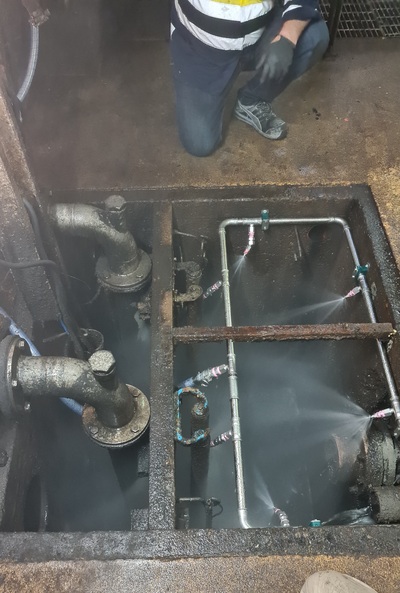 In the plant room gantry, another set of blockage-resistant spray nozzles was installed directly above the pit to prevent foaming incidents in extreme conditions (such as after heavy rain where process volumes increase).

Tecpro managed the whole process — from designing the system to implementation. For Sydney Water, it was a turnkey solution.

Two months after installing the new foam suppression system, Tecpro Australia contacted Katie Shield, a Production Officer for Sydney Water, to see how things were going at the Warriewood plant. Katie’s response was:

“It has been working brilliantly! No complaints from our team at all. In fact, we haven’t had a foaming incident since!”

The water remediation system is able to remove long- and most short-chain PFAS molecules using a...

VEGA now offers one sensor for all applications: VEGAPULS 6X.

Grundfos SCALA1 is an all-in-one booster solution designed to achieve customised control over...