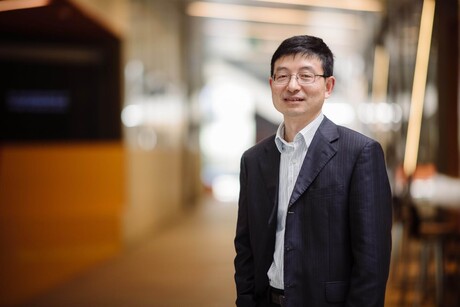 MOFs are a class of compounds consisting of metal ions that form a crystalline material with the largest surface area of any material known.

Led by Monash University, the research team created a dedicated MOF called PSP-MIL-53 — synthesised by introducing poly(spiropyran acrylate) (PSP) into the pores of MIL-53, a specialised MOF known for its breathing effects and transitions upon the adsorption of molecules such as water and carbon dioxide.

PSP-MIL-53 filtered harmful particles from water and generated 139.5 L of clean water per kilogram of MOF per day, with low energy consumption. This was from desalinating 2233 ppm water sourced from a river, lake or aquifer. The research was published in Nature Sustainability.

“Desalination has been used to address escalating water shortages globally. Due to the availability of brackish water and sea water, and because desalination processes are reliable, treated water can be integrated within existing aquatic systems with minimal health risks,” Professor Wang said.

“But thermal desalination processes by evaporation are energy-intensive, and other technologies, such as reverse osmosis, ha[ve] a number of drawbacks, including high energy consumption and chemical usage in membrane cleaning and dechlorination.

“Sunlight is the most abundant and renewable source of energy on Earth. Our development of a new adsorbent-based desalination process through the use of sunlight for regeneration provides an energy-efficient and environmentally-sustainable solution for desalination.

“This study has successfully demonstrated that the photoresponsive MOFs are a promising, energy-efficient and sustainable adsorbent for desalination,” Professor Wang said.

The MTS series of high-performance enterprise Ethernet switches from Hirschmann IT offers an...

The EBS series of rotary screw compressors from Kaeser Compressors is specially designed for...

Bundaberg and Amazon team up for variety pack