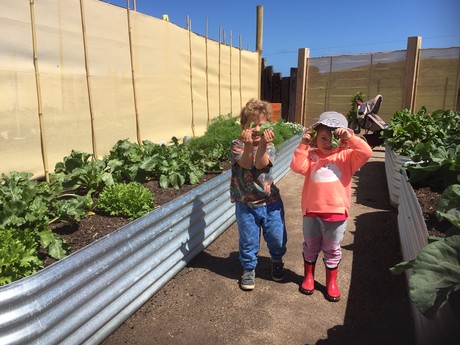 The Cape, when complete, will include 220 home sites, a cafe, a conference centre, wetlands, fitness stations, restored habitat areas, electric vehicle charge stations and kilometres of walking paths, overlooking some of the best surf and swimming beaches in Australia. It will also feature 5000 m of garden and a 2000 m2 orchard, including a range of fruit trees, poultry, shade trees, seating, composting facilities, a greenhouse for seed raising and a viewing deck overlooking the garden and coast.

The garden includes an innovative rainwater harvesting system that collects surplus rainwater from Stage 1 homes at The Cape — which are connected to a pipe network that flows by gravity to the community garden — and is collected in a 230,000-litre water tank. The water is then plumbed from the main tank to raised ‘wicking’ garden beds.

These innovative ergonomic gardens sit 500 mm high, eliminating bending for gardeners, and hold a reservoir of water in their base which ‘wicks up’ by capillary action through the soil profile. Food plants reach down for the water stored in the beds, instead of traditional top watering of the garden beds. The result is ultra-efficient gardening that has reduced watering and weeding requirements to a fraction of conventional food gardens. 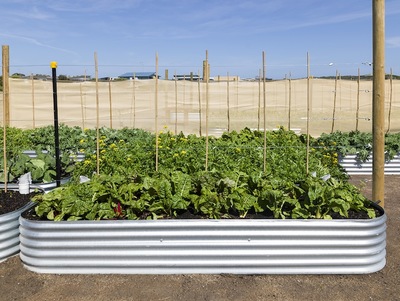 “This rainwater-to-food system shows how we can harvest clean rainwater from the hundreds of thousands of rooftop gardens around Australia and divert it into highly efficient community food production, while reducing the amount of stormwater going into our drains and waterways and reducing food bills for residents,” said The Cape Director Brendan Condon. “It is a huge win-win utilising precious rainwater that has historically gone down the drain.”

“Our garden was planted only nine weeks ago and is already produced a large stream of produce, and we are donating some of the produce to the Community Meal, a great initiative run by the Bass Coast Anglican Parish, which feeds around 120 people on a Monday night at the Wonthaggi Church Hall,” said Condon. 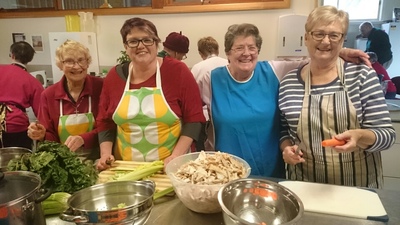 “The garden is designed for the busy modern lifestyle of our residents by providing maximum food for minimum effort and, combined with the sustainable energy-efficient homes, shows how housing estates can contribute to good health, exercise, friendships and food security for householders, and reduce food bills and cost of living. We hope in future to see these types of gardens in all housing estates.”