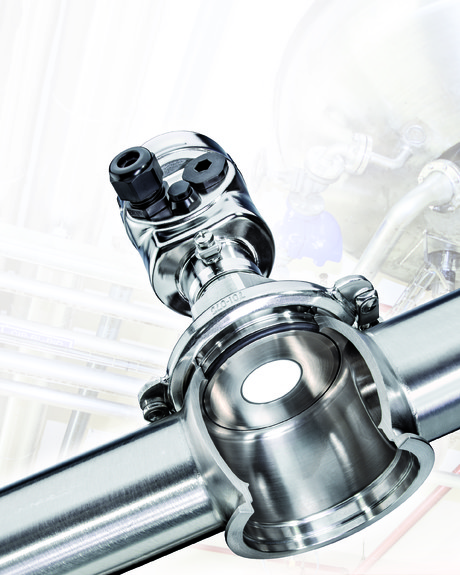 Drinking water is the most important food of all. Its preparation requires complex processes. To oxidise and disinfect drinking water in the course of treatment, ozone is often mixed in. Because of its high reactivity, ozone must be produced and added onsite under strict safety regulations. Vega’s pressure transducers make an important contribution to the continuous processing of quality drinking water.

The water supply system in Baden-Württemberg is one of the largest and most traditionally far-reaching water supplies in Germany. Around 250 cities and municipalities are supplied with about 90 million cubic metres of drinking water each year. Top quality and a high level of security of supply take centre stage in the regional water supply’s management. At the beginning of the 20th century, the population in the central Neckar region was already growing rapidly as industrialisation progressed. A far-sighted plan at the time was to bring drinking water from the Danube valley at the city of Ulm via the Remstal to Stuttgart. This laid the foundation for the regional water supply system.

Ozone oxidises dissolved and particulate organic matter and kills or inactivates existing microorganisms. Ozone is always formed when some form of energy decomposes molecular oxygen (O2) into individual oxygen atoms (O), which then react with molecular oxygen (O2) to form ozone (O3). This can occur through UV radiation, lightning strikes and also high-voltage electrical discharges. Because of its high reactivity, ozone is produced, transported and added to the water on the spot and in compliance with strict safety regulations.

The actual production process takes place in pressurised reactors, where electrical energy is applied to convert oxygen into ozone. Then, the resulting gas mixture flows into an ozone collecting pipe. The maximum ozone concentration is about 180 g/Nm3 at an operating pressure of 1.3 bar.

Injectors feed the ozone into the water, while mixers distribute the tiny ozone bubbles evenly throughout the water volume. The water remains for a few minutes in large containers during which time oxidation and disinfection take place.

To ensure that pressure measurement in the ozone collection pipe and at other important measuring points is absolutely safe and reliable, the engineering department decided to use Vegabar 82, the pressure transmitter with ceramic CERTEC measuring cell and a second line of defence. This is an additional separation process by means of a gas-tight feedthrough above the process connection. Although the measuring cell is permanently resistant to ozone, the second line of defence provides an extra layer of protection against the leakage of ozone from the pipeline through the pressure transmitter. Vegabar 82 thus plays an important role in safe ozone generation as well as in the continuous production of quality drinking water.