What's in our stormwater? 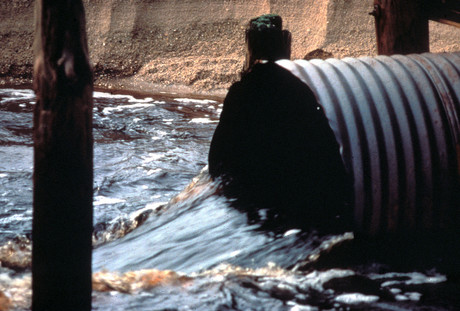 Stormwater runoff in Australia provides a potentially valuable water source that remains underused, despite the growing pressure on groundwater and potable water.

Concerns about possible contaminants in the untreated urban runoff see most of it disappear down the drain with little benefit to people or landscapes. At the same time, not knowing how different land uses impact on stormwater runoff makes it difficult to regulate. What’s in the runoff depends on where the rain falls and where it is collected — but are there discernible trends that could help standardise stormwater treatments to minimise threats to human health?

This important question was at the heart of the CRC for Water Sensitive Cities’ (CRCWSC) recently completed analysis of urban stormwater runoff (Project C1.2 — Understanding stormwater quality hazards), the first analysis of its type conducted across Australia. Researchers chose a total of 10 catchments in four states — Western Australia, Victoria, NSW and Queensland. The catchments featured residential, commercial and industrial land uses in a variety of climates and were sampled over a number of years. Stormwater samples were collected during rainfall events and tested for a range of potential hazards that could be inhaled, ingested or absorbed through the skin upon contact. While the results provided a useful baseline of information, some were unexpected.

The first surprise was greater-than-expected variability. Across and even within individual catchments there were few discernible trends in contaminants, and the contents of the water samples were highly variable. Chemical contaminants targeted by the analysis included metals, nutrients and traces of pesticides, pharmaceuticals and endocrine disrupting chemicals. Of the 58 pharmaceuticals and personal-care substances tested, only a small number occurred above the limit of detection. Only one substance — caffeine — regularly exceeded the guideline values for recycled drinking water.

Pesticides also played only a minor role in the runoff. Of the 35 pesticides measured, many were not present at all or found only rarely above the limit. Targeted metals were generally at — or slightly above — the recommended concentrations for drinking water, but there were no clear trends across or within catchments.

Somewhat surprisingly, however, the levels of microbes were higher than anticipated across the sampling sites. Campylobacter spp, polyomaviruses, adenoviruses, Bacteroides spp and Salmonella spp were frequently sampled, and the presence of the viruses and Bacteroides spp suggested contact with sewage across all catchments. This was particularly unexpected as Australia’s storm and sewer systems are separate, and the runoff was sampled primarily from urban drain sites: before the two systems come into close proximity with each other.

Jane-Louise Lampard, project leader for Project C1.2, acknowledges that stormwater requires treatment prior to re-use. She said, “Based on the findings of this study, we recommend that stormwater should always be treated before re-use. However, the level of treatment required varies and depends on the intended use of the water.”

The successful large-scale sampling of stormwater runoff over a number of years was testament to the close collaboration with CRCWSC industry partners across states and councils. Local councils maintained the autosamplers and flow loggers installed at each site, ensuring that these were in good working order during rainfall events. Ku-ring-gai Council in Sydney’s north monitored a sampling site in a local filter garden, collecting samples over two years. Sophia Findlay, the council’s Water and Catchments Program leader, was involved in maintaining the equipment at the site, which collects and filters runoff to water a local sports oval.

“Making sure the equipment worked was quite labour-intensive at times, but we learned a lot about water monitoring and the quality of the runoff in our catchment,” said Findlay. “Some of that information can now be used to inform our local stormwater management plans.”

Ensuring that the outcomes of the study filter down to local communities is the CRCWSC’s ultimate aim. Based on the data collected, researchers are producing a practical ‘catchment auditing tool’ to help communities to characterise stormwater collection sites and understand the hazards that are likely to be present. Once their main water needs have been identified, communities can use this tool to determine the level of treatment required for purposes such as drinking, household use or watering public parks. The baseline data collected also make it possible to further investigate potential sources of contamination — such as sewage in individual catchments — and may lead to better management of upstream land uses and industries down the track.

Originally published by the CRC for Water Sensitive Cities. Republished with permission.