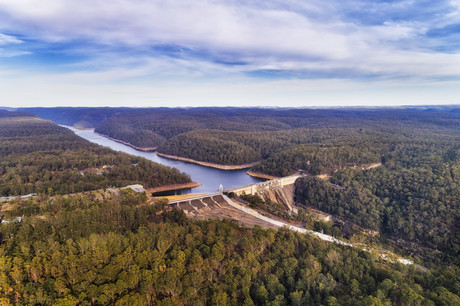 With the demand for water set to exceed the available supply from existing water sources for many of Australia’s large cities in the not-too-distant future, recycling water may be our only option to prevent taps from running dry.

In 2006 the people of Toowoomba voted against a $68 million wastewater recycling scheme that would have supplied their homes with drinking water sourced from treated, recycled wastewater. As a result, the Queensland Government built a pipeline costing $187 million between Wivenhoe Dam and Toowoomba — nearly $120 million more than the proposed wastewater recycling project would have cost.

Toowoomba’s residents rejected the proposal because they found the thought of drinking recycled wastewater too hard to stomach. Understandably, many people think the same, fearing that, despite treatment, recycled sewage water may still be contaminated with waterborne diseases such as cholera and other harmful pathogens. But are these fears justified, or are they unfounded?

The water that comes out of your tap now has already been specially treated to make it safe to drink. Water harvested in a surface catchment can potentially contain animal waste and urine, dead animals and other organic debris, as well as dissolved contaminants such as heavy metals, pesticides and pathogens that can be harmful to our health if consumed. It may be affected by agriculture or other industries further upstream, natural minerals (eg, arsenic) found in soils in the watershed, weather conditions such as heavy rainfall or droughts, as well as natural events such as bushfires or algal blooms. The type of treatment method employed by a treatment plant will vary depending on the quality of the water entering the plant.

In Australia, treated wastewater is already re-used directly for many purposes, including irrigation of crops, lawns and vegies, fighting fires, washing cars, flushing toilets and even doing laundry. It is usually supplied via a separate water line, for example in Sydney the pipes and taps distributing recycled wastewater are purple to differentiate them from the normal water supply. Of course this water has not undergone further treatment so it is not suitable for drinking.

With declining rainfall, Perth now relies on rivers and dams for just 10% of its water, with the balance coming from groundwater extraction, also affected by declining rainfall and desalination, which is expensive. Perth currently recycles about 10% of its sewage, using the recycled wastewater to replenish its groundwater supplies. Before replenishment this water is further treated to drinking-water standards then recharged into underground aquifers, which act as additional, natural filters until the water is extracted for use. Water-stressed Perth is now considering recycling all its sewage to further supplement its future water supply. Groundwater replenishment doesn’t depend on rainfall and can potentially recycle high volumes of water naturally and sustainably to help address Perth’s water scarcity.

While the thought of drinking recycled sewage sounds unsavoury, our water supply may already contain recycled sewage. In Sydney, recycled sewage is an inevitable component of the water supply. While the city may not actively recycle its own sewage into drinking water, several large towns further upstream discharge their treated wastewater effluent into rivers that feed into dams and reservoirs that provide the city with water. According to a 2016 audit of the Sydney drinking-water catchment, the communities of Bowral, Goulburn, Lithgow, Mittagong and Moss Vale (around 116,000 people) discharge their treated sewage into rivers that feed into Warragamba Dam.

Other Sydney residents obtain their drinking water from the North Richmond Water Filtration Plant, whose supply comes directly from the Hawkesbury–Nepean River. This river has several sewage discharge outlets flowing into it from wastewater treatment facilities further upstream, including St Marys Advanced Water Recycling Plant, one of the largest and more advanced sewage treatment plants in Australia. According to a report in The Conversation, in the drier summer months, treated sewage can contribute as much as 32% to the Hawkesbury–Nepean River flow around North Richmond. Water extracted from the river is highly treated at the North Richmond water treatment plant to ensure water delivered to residents is of a high quality that meets the standards set in the Australian drinking-water guidelines.

As the population in towns further upstream grows, so too does the volume of treated sewage flowing into the river. With the population in Greater Sydney expected to gain an additional 1.74 million residents by 2036, with much of this growth occurring in the western parts of the city, the volume of treated sewage entering the Hawkesbury–Nepean River is certain to increase further still.

Sydney is already recycling treated wastewater originating from residents further upstream and Sydney’s residents are living to tell the tale. Sydney is not the only city in Australia or the world whose residents are indirectly re-using treated wastewater. Anyone whose water supply lies downstream from a wastewater effluent discharge point will essentially be indirectly consuming recycled wastewater. The risk of contamination is minimal as this wastewater has been treated by the wastewater treatment process, diluted with fresh water in the river, and then treated again during the water treatment process to ensure that it meets standards set for drinking water.

So what’s amiss with drinking sewage? Nothing. It is already happening here in Australia and has been for many years with no ill effects. As the world gets hotter, drier and more crowded, recycling wastewater into drinking water may be our only salvation if we hope to become more resilient to water scarcity.

*Andrew Miley, Director, Global Market Development, Hydroflux Group, is a water industry professional with over 25 years' experience in the industry.

Cortical vision device could restore sight to the blind

Fast, on-site detection of PFAS in the environment

'Morning sickness' can occur at any time of day: study