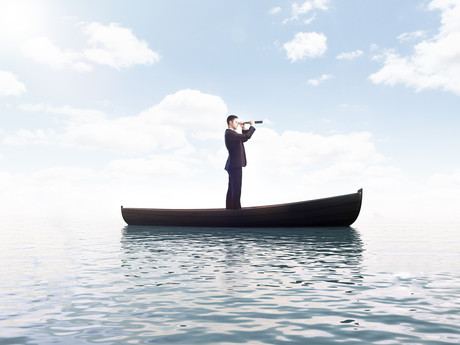 The groundswell of interest in IoT in practically every industry over the past few years has brought many new opportunities for digital water metering which will continue to accelerate throughout 2019. This article is my top 5 predictions for smart water metering in 2019.

Much like my predictions article covering 2018, these 2019 predictions are presented with a particular focus on Australia and the Asia–Pacific region; however, the concepts and implications all apply to smart water metering globally. But first, let’s recap on the predictions made previously for the year 2018.

During 2018, an increasing number of LPWAN smart water metering pilots were undertaken, with most ranging from a few hundred to a few thousand devices. Now pilots of thousands are becoming increasingly common, with some exceptions outside of Australia of tens and hundreds of thousands of devices operating on globally adopted open LPWAN networks. This trend will also continue into 2019.

While the speculative cryptocurrency bubble has burst, the underlying blockchain and distributed ledger technologies continue to provide innovative solutions to securely storing and sharing data. 2018 saw the first projects where digital water metering data was entered into blockchains.

The first low-power satellite services to meet the needs of the IoT and low-cost digital metering started to lift off (pun intended) in 2018. Being based in Australia, where vast areas of land have no existing wireless networks, we were early movers in this space and in Q4 we successfully delivered water meter reading data via low-power satellite communications. Pilots are now underway with major water suppliers to use this technology and more info will be shared in 2019.

2018: Interoperability and standardisation continue to improve

As digital water metering continues to grow and the landscape becomes more complex, more impetus has been placed on standards and interoperability. Globally adopted LPWAN technologies and open standard application protocols such as LwM2M were increasingly being specified by utilities when going to market for metering solutions throughout 2018.

Many utilities took great steps along their journey towards becoming digital utilities — helped in part by higher level government initiatives, but mostly driven by the need to become more efficient and to do more with less. In Australia throughout 2018, the majority of the largest water utilities have formed strategies, roadmaps and commitments to adopt digital water metering to improve network efficiency and to improve their customers’ experiences and insights into water use.

Wireless smart meters have typically used metering-specific communications technologies which have mostly been developed by metering vendors with little consideration of interoperability. This has led to the deployment of wireless networks which only work with meters from a single vendor and very little else.

Over the past few years, globally standardised and supported low-power wide-area networks (LPWAN) such as Sigfox, LoRaWAN and NB-IoT have matured into fully commercially available solutions not just for metering, but for practically all wireless devices requiring very low data throughput. This greater potential purpose and scale of wireless has made LPWAN smart water metering much more accessible and unlocked utilities from single proprietary vendors.

I first wrote an article about LPWAN for smart water metering in 2016, and I have since observed the increasing trend towards these technologies across all major Australian water utilities ever since. The majority of pilots now refer to, or even specify, globally adopted LPWANs as they are gaining widespread recognition as highly capable and accessible. 2019 will see these technologies being used as standard practice on small projects such as regional townships and pilots towards major rollouts. Yes, they will still be considered as new and many of these projects will be considered as pilots, but the use of globally adopted LPWANs will become commonplace and standard practice.

Over the past decades, the majority of digital water metering systems deployed around the world have used two-part devices where a transmitter device is retrofitted to a mechanical meter. These retrofit systems have disadvantages such as higher complexity, higher maintenance costs, measurement data inaccuracy and lower reliability due to mechanical parts wearing and external sensors being prone to damage. Due to the advantages that integrated one-part digital water meters have, a growing trend is emerging towards this type of technology.

Just a few years ago, integrated digital water meters were relatively uncommon. This was largely due to the high costs and high battery consumption of the previous technologies. With the rise to prominence of LPWAN, many of those barriers have been removed and viable business cases are starting to be formed.

Integrated meters also bring further value-adds and benefits. Many high-performance metrology technologies such as ultrasonics require electronics, batteries and secure enclosures. These are similar requirements to those of wireless communications; therefore, there are many components which can now serve dual purposes to support both advanced metrology and wireless communications.

Much like how smartphones now do much more than making phone calls, smart meters also now carry additional sensors such as temperature and pressure. This additional capability is proving popular and further supporting the business case for deploying integrated digital water meters.

Historically, smart water metering systems have relied on proprietary wireless technologies to deliver data from the field to where it’s needed. While these proprietary technologies have fulfilled their primary purpose of delivering metering data, there are many shortcomings and challenges associated with using them over longer periods of time and across wider applications.

The rise of IoT is creating a demand for an increasing number of internet-connected sensors and devices across practically all industries. Major telecommunication providers are fully aware of this and are actively working to dominate this rapidly growing market. They are doing this by rapidly rolling out their own globally standardised LPWANs and building enormous ecosystems of partners and compatible devices.

In Australia there are over 20,000 cellular base stations, with Telstra owning the largest share at around 8000. The majority of these base stations can or already have been enabled to provide NB-IoT and support smart water meters. This effectively makes them the largest LPWANs in the country by a wide margin. The largest proprietary water metering communications providers have only deployed a few hundred base stations, almost always at a cost to the user to buy, install, maintain and operate.

With the rapid rollout of open standard and globally adopted LPWAN networks, the limited-purpose communication providers — ie, metering providers with a proprietary wireless technology that has few existing uses beyond metering — are facing a challenging future.

While LPWANs have removed many of the barriers for smart water metering, there are still vast regions where they are not necessarily the right tool for the job. For example, NB-IoT has the largest LPWAN coverage area in Australia, with somewhere in the realm of >99% of the population living within reach of an NB-IoT base station; however, it only covers around one-third of the geographic area and is not easily expanded into areas where the quantity of devices connecting would be low as new base stations would not be cost effective.

Low-power satellite communications remove this barrier by offering connectivity, lowering direct infrastructure costs and maintaining low energy consumption and low operating costs. All they need is a view of the sky.

Water utilities in regional and remote areas have no trouble thinking of many assets which would be valuable to connect to but have not been done due to the high capital and operating costs of previous satellite-based solutions.

I am currently working on water utility pilots in partnership with two key Australian innovators: Fleet, which offers an LP-satellite service where devices talk to gateways via the popular LoRaWAN standard with edge processing and satellite backhaul; and Myriota, which offers a direct-to-orbit LP-satellite system where the device transmits low-power messages directly to a supersensitive receiver on an orbiting satellite. Both have launched satellites in 2018 and are actively working with us on smart metering and other connected device projects with major Australian water utilities.

Digital water metering has been a much higher priority for larger water utilities, particularly those in metropolitan areas; however, now all of the developments above will serve to benefit regional areas. The new technologies will solve many challenges faced in regional areas where distances are greater, scales are lower and importantly, the effects of drought are much more apparent and devastating for local communities.

The need for digital water metering is increasing, while the cost of implementing solutions is falling. Many of the new technologies have been tested and results have been proven by the early adopters over the past few years. It has never been cheaper or more important to acquire data on remote assets and manage water. This is the ideal recipe for increased adoption in regional areas throughout 2019.