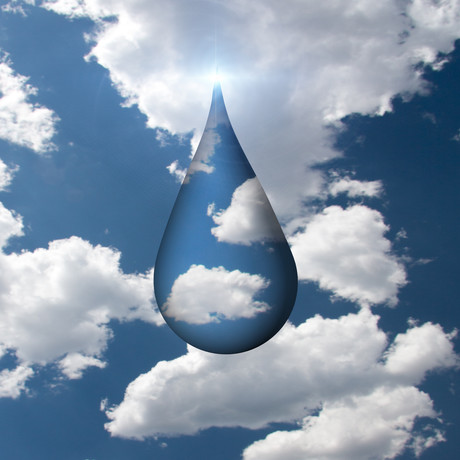 This year smart water metering will continue to build on the achievements of 2017 and take them to new levels, and new solutions will start to emerge. While these predictions are presented with a particular focus on Australia and the Asia–Pacific region, they will all apply globally.

Listed below in no particular order are my predictions for 2018.

2018 will be, if only one thing for smart water metering in terms of technology, the year of the Low Power Wide Area Networks (LPWAN). LPWANs are wireless networks with long range, low power requirements and low costs. The coverage of these networks has grown exponentially throughout 2017 and will ramp up further in 2018.

Globally adopted LPWAN technologies have entered the smart water metering space as an alternative to the incumbent single-vendor networks where the wireless network, devices and often the head-end systems are offered by a single vendor with proprietary technology and limited or no interoperability. This creates vendor lock-in and scaling issues. Single-vendor networks typically require the operator to deploy a dedicated wireless network as part of a smart water metering project. Globally adopted LPWANs have large ecosystems of device and software vendors and multiple network operators, and are rolled out to address far more IoT use cases and projects than smart water metering, such as smart streetlights, parking sensors and practically any other physical device that you can preface with the words ‘smart’ or ‘connected’.

Sigfox has been building out its network since 2009 and has been an early mover into the LPWAN space. Sigfox is tracking towards a target of operating in 60 countries by the end of 2018. As of January 2018, this stands at 36 countries with 727 million people living within a Sigfox coverage area.

On 9 January 2018, Sigfox signed an agreement to provide its technology in China under a partnership with a local aged-care technology provider in the presence of Chinese and French Presidents Xi Jinping and Emmanuel Macron. This news represents a major milestone in the expansion of the Sigfox technology into one of the largest markets in the world for the Internet of Things (IoT).

In Australia, local Sigfox operator Thinxtra has been backed by the federal government through the CEFC with a $10 million commitment. This will contribute to the target of covering 95% of the population by the end of 2018 (currently around 75%).

NarrowBand IoT (NB-IoT) is a low-power wireless network operated by cellular telecommunication providers such as Telstra, Vodafone and Optus. You can think of it as similar to the 3G network, only trading the transfer speeds for improved range, penetration and lower power consumption.

Vodafone has been providing coverage for pilots and tests in Victoria, including smart water metering projects, since 2016. Through 2017, coverage was expanded across the Melbourne CBD and Sydney. Vodafone New Zealand has already announced its intent to deploy NB-IoT this year and it is expected that Vodafone Australia will make an announcement for its nationwide deployment this year.

With Telstra’s announcement of NB-IoT coverage going live in all major cities in Australia, it is clear that NB-IoT is going to be a leader in IoT connectivity including smart water metering. With this move, Telstra has rapidly caught up to the earlier movers and while specific details of the current coverage have not yet been shared, it is expected that Telstra’s NB-IoT network will be the largest dedicated low-power network in the country by area of coverage.

Optus has also been quietly developing its network and working towards more smart water meter projects. 2018 will likely see Optus making more public announcements about its plans for NB-IoT.

In late 2017 WaterGroup released the Australian Standard Digital Water Meter with integrated NB-IoT communications (Sigfox and LoRaWAN are also scheduled for release this year). Utilities nationwide are working to deploy this next-generation meter into their networks in 2018.

LoRaWAN is a standard for LPWAN, providing a framework for anyone from hobbyists and home-gamers through to global telecommunication providers to build and customise their own network.

Australian LoRaWAN network providers including NNNCo, Meshed and GeoWAN are all expanding their networks across the country and consider water utilities to be a key market vertical. 2018 will see the announcement of the first high-profile pilots using LoRaWAN for smart water metering in Australia.

New Zealand’s leading telecommunication provider, Spark, announced the deployment of a national LoRaWAN network in 2017 and that by mid-2018, 70% of the population will be covered. This is gaining traction for remote monitoring applications and will enable pilots of smart water metering in 2018.

Blockchain is a technology where information, such as a financial transaction, is entered into and maintained within a distributed ledger. This means that rather than only one party validating events and storing the records in a central location, these events are validated and recorded by multiple parties working together. These blockchains use cryptography to ensure that records aren’t maliciously altered. The result is a highly secure system for storing and transferring information.

With the cryptocurrency market gaining more headlines in 2017 through events such as the Bitcoin price reaching over US$19,600, the underlying blockchain technologies are benefiting from the attention and rapidly gaining a wider understanding of their potential.

Australian energy technology company Power Ledger is using blockchain and cryptocurrency to enable peer-to-peer energy trading and benefited from government support towards an $8m project with the City of Fremantle in 2017. Another organisation, IOTA (although not technically using blockchain), offers a decentralised transaction network, dubbed the tangle, and a cryptocurrency solution for IoT applications. IOTA had a market capitalisation of over US$10 billion in early January ’18 which gives some indication of the level of interest in the market. These new technologies offer a secure and efficient way for IoT systems to autonomously execute transactions. Think of a weather station automatically selling its data to interested third parties with revenue feeding back to the owner.

Similarly to LPWANs, low-power satellite communications offer a way for smart water meters and other IoT devices to transmit small packets of data with minimal power consumption. They promise to be incredibly useful in remote areas where other coverage options don’t exist, or aren’t economically or technically achievable. With vast farming land, mining operations and communities living in remote areas, many of which are operating on limited water supplies, Australia and other countries around the world have significant assets beyond the reach of the cellular networks.

Australian start-ups Myriota and Fleetspace are working to bring satellite communications to IoT, both of which are launching new nano-satellites this year. These nano-satellites are roughly the size of a basketball and act as wireless network gateways providing connectivity from low Earth orbit. IoT devices will be able to send small packets of data from anywhere in the world to a network of tiny satellites.

A critical performance criteria for remote monitoring systems is long-range wireless communications. Satellite communications offer absolute maximum range, limited only by the confines of the planet, and unlock the potential of IoT for practically anywhere on Earth with a view of the sky.

While they may not be as efficient in densely populated areas as terrestrial LPWAN networks, they will be the only viable option for huge areas of land. For example, while Telstra’s wireless networks cover 99% of the Australian population, they only cover around 1/3 of the geographic area of the country. Most LPWAN gateways rely on Ethernet or 3G/4G for backhauling data so while you can add your own LPWAN gateways anywhere you like, they must be connected to the internet in one way or another, which presents challenges in some remote areas. Direct device to satellite systems do not have this issue.

Expect to see pilots for low-power satellite smart water metering to begin during 2018.

4. Interoperability and standardisation continue to improve

One of the biggest challenges in solution design and executing of IoT projects is interoperability. Smart water metering solutions use a wide range of communication methods, protocols, data formats, file formats, etc. This means many devices and systems are not compatible, at least not without development work to translate and convert messages into the required formats.

While there are many detailed standards for water meters in terms of metrology, physical properties and materials, there is currently very little in the way of standardisation of the data they send and how it is sent. This is in part due to the history of single-vendor solutions where each meter or wireless network vendor has defined the data type and delivery methods as they prefer (often to suit their own software), and not necessarily what is best for interoperability with other systems.

The current norm is to undertake custom once-off development work on either the source of the data or the receiving systems to achieve interoperability. This work often solves the issue for one project, but is not carried over to the next.

Software platforms such as Reekoh help to streamline integration and make once-off interfacing components re-usable for multiple projects and systems. This is achieved through an ever-increasing library of plug-ins, gateways and converter tools.

The business cases for smart water metering are constantly maturing towards wider adoption and more projects are moving beyond the pilot stage to scaled rollouts. This is being accelerated in part by a strong focus on a key theme promoted by the current Australian government: innovation. We are seeing an increase in specialised individuals and working groups tasked with accelerating the successful adoption of new technologies to solve real problems within government and utilities.

These groups are focused on developing strategies and roadmaps to foster Digital Utilities, IoT and Smart Cities through to proof of concepts and trials and have helped many organisations to start exploring the potential of smart water metering and to reach the point of deploying these technologies in the field.

During 2017, the Australian Government’s Smart Cities and Suburbs Program was opened to release $50m in grant funding aimed at government organisations such as councils. Round 1 has been awarded and enabled IoT and digital utilities projects. The initial program indicated that future rounds are a possibility. In addition to federal initiatives such as this, the majority of the largest water utilities in Australia have dedicated budgets for innovation and a need to act. Smart water metering is one of the top priorities, especially now that LPWAN and other technologies are removing barriers to entry.

Government organisations and utilities will continue to fund and drive new pilots and projects throughout 2018. This will lead to an increase in all types of smart water metering projects where a real ROI and benefit to the community can be achieved.

Although this article is kept to a list of my top five predictions for 2018 and therefore won’t cover every development for the coming year, some others deserve a mention. One example is artificial intelligence and machine learning. These technologies will continue to improve and more projects will commence throughout this year. AI and ML will ramp up even further once larger quantities of projects and next-generation meters are deployed and may start to show their true potential and reach the top of the list in 2019.

The recent Aquanomics report by GHD clearly underscores the urgent need to take robust action to...