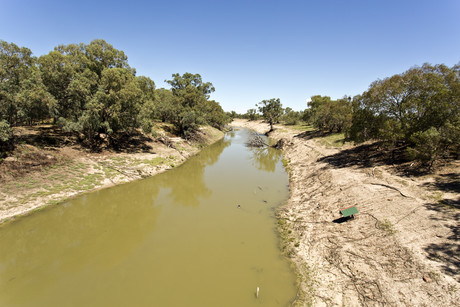 As drought continues to threaten Australia’s water supply and climate change disrupts our ecosystems, solutions are needed to ensure our rivers, and life in them, survive.

The extensive Murray–Darling fish kills of December 2018 and January 2019 demonstrated that the nation’s waterways desperately need our attention. The fish kill at Menindee, NSW, saw up to a million fish die as the result of a catastrophic reduction in dissolved oxygen levels in the river water.

An interim investigation by the NSW Government Department of Primary Industries points to several related factors causing the drop in oxygen levels, including little or no water flow in the Darling River and a sudden drop in air temperature from 46 to 28°C on 4–5 January 2019. According to the report, the temperature drop caused layers of water with different dissolved oxygen levels to mix, reducing the overall dissolved oxygen available.

The report detailed that thermal stratification (in this case a warmer surface layer above a cooler deeper layer of water with very low dissolved oxygen) provided the conditions conducive to blue-green algal blooms in the surface layers. Blue-green algae have gas pockets that prevent them from sinking. They remain in the surface layer where they can access the abundant light near the water surface, leading to rapid growth. Monitoring algae levels is a crucial part of ensuring the health our river systems.

With ongoing drought conditions expected and without significant rainfall to replenish flows of river water, the risk of more fish kills remains, calling for effective algae analysis solutions that can quickly detect harmful algal blooms. Blue-green algae are types of bacteria known as Cyanobacteria, producing toxic compounds such as microcystin, which pose a serious hazard to water supplies and can be dangerous to human, animal and fish health.

Technologies are available to simply and effectively monitor algae levels in bodies of water. For example, the AlgaeTorch from Thermo Fisher Scientific is a field instrument used to quantify Cyanobacteria and total chlorophyll. Based on the natural fluorescence of algal cells, the analysis includes the determination of chlorophyll content without the need for sample preparation. The device is turned on and dipped in the water to be tested, producing a result in under 20 seconds.

Chlorophyll fluoresces, meaning that when irradiated with light of a particular wavelength, it emits light of a higher wavelength (or lower energy). In the case of the AlgaeTorch, the algae pigments are spectrally excited by three coloured LEDs at high frequency, causing the algae to emit red fluorescent light. The intensity of the light is used to calculate different algal groups such as blue-greens and total microalgae.

It is hoped that detecting harmful algal blooms quickly, by using fast-acting analytical tools, will allow for an early-warning system, alerting water authorities and communities to harmful algae levels before it is too late to intervene.

An interesting Q&A with Adrian about industrial water and wastewater technology in relation...