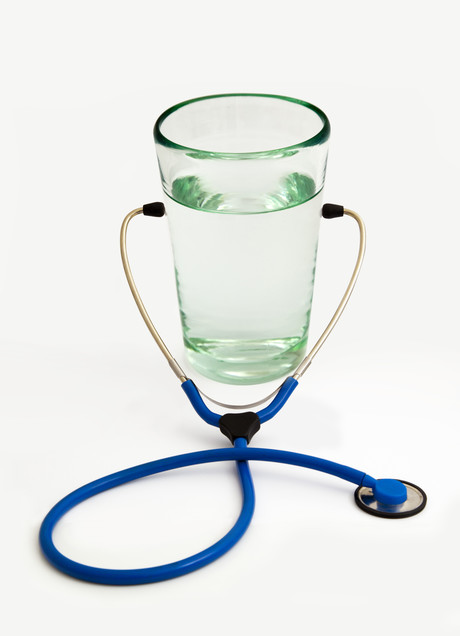 The city of Öhringen in the Hohenlohe region of Germany has continuously invested in the modernisation of the water infrastructure for the past 25 years. When it comes to restructuring water analysis management, innovative online analysis systems play an important role.

Online analysis systems monitor all important parameters during operation and communicate with the higher-level controller and the control system.

Since 1955, the city of Öhringen has been a member of water utility company Zweckverband Wasserversorgung Nordostwürttemberg (NOW) and is committed to supplying its inhabitants with high-quality drinking water. In 1988, the city recognised the challenge of treating its own water resources by mixing the water with the soft water supplied from Lake Constance and other areas in order to reduce adverse effects on the pipelines. To ensure consistent supplies of high-quality water to all residents, the new Öhringen Waterworks and a new elevated tank were commissioned in 1995. Here, different types of water are mixed and the city’s own water is treated using activated charcoal and chlorine dioxide disinfection. With a capacity of 320,000 m³ of drinking water annually, the plant currently supplies approximately 22,000 inhabitants of municipalities in the Hohenlohe district.

To further enhance the operational safety and to optimise the operating procedures, Öhringen continuously invests in the plant. Consequently, the old ozone plant was decommissioned, a new UV plant installed and the water analysis concept was also scrutinised in this context. Until now, it was assumed that the quality of the raw water was already sufficiently ensured by traditional regular raw water analyses of the wells. In the waterworks itself, only overall turbidity, pH value, residual ozone content and chlorine dioxide content at the inlet and outlet were continuously measured and the data transferred via analog signals to the process control system (PCS) (refer to image 1). This concept was no longer sufficient for the future. 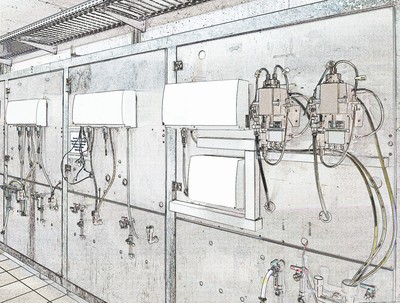 Optimising the plant technology also required reorganisation of the water analysis management — also, in view of the increasing requirements pertaining to the monitoring of drinking water quality. A new concept that provides information about the overall water quality was developed in close cooperation with a water management institute. The analysis equipment needed to initiate semi-automated or fully automated control and regulation tasks, introduce an early-warning and alarm system and monitor the condition of the treatment technology. When it came to selecting the measuring technology, the focus was also on a sustainable, economically expedient, reliable and holistic approach.

MEMS technology instead of glass probes

Based on these criteria, the city of Öhringen opted for the new Online Analysis System (Type 8905) from Bürkert. The compact, modular and expandable system for water analysis employs MEMS technology (microelectromechanical systems). As a result, the measuring technology can now be designed in a practical and futureproof manner. 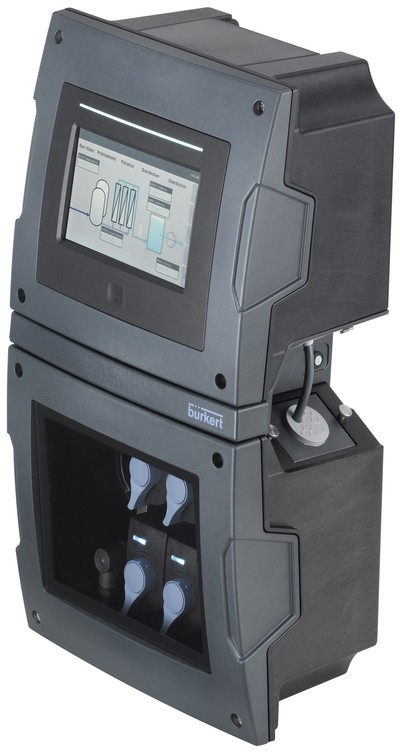 The standard version of the Type 8905 Online Analysis System is installed in a sturdy, compact plastic housing, which can be equipped with up to six sensor cubes in the expandable basic version. (Source: Bürkert Fluid Control Systems)

In contrast to the glass probes previously used, the microchips, for instance, do not need to be replaced as frequently. The extended lifetimes and long calibration intervals for the microchips help ensure maintenance-free and reliable operation. “This delivers clear cost savings thanks to fewer inspections of measurement points and lower maintenance expenditure,” added Horst Geiger, technical director of the waterworks. “Staff members have more time for more important tasks.”

From a total of 14 sensor cubes and two automatic purification units, a bespoke solution for the waterworks was developed within a very confined space. In the process, the large ‘measurement wall’ was also replaced by a compact stainless steel cabinet. In total, seven different water samples with the matching individually combined sensor cubes are analysed in it for turbidity, pH value, redox potential, conductivity and chlorine dioxide. The purification units ensure that all parts in contact with water samples can be cleaned as and when required without manual intervention. With the previous analysis concept, on the other hand, the sensors used for water with a high propensity for fouling often had to be cleaned by hand, which meant shutting down the measurement cell. 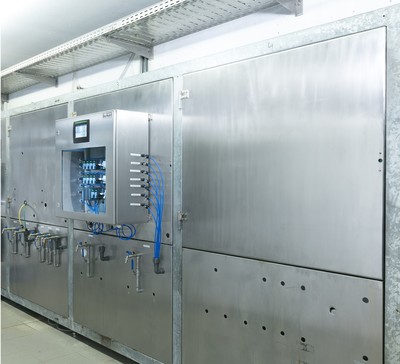 Image 2: The same wall as displayed in image 1 with the new Online Analysis System from Bürkert. More capabilities and more extensive analysis results are now available, with a system that is clearly less complex. (Source: Bürkert Fluid Control Systems)

In the new analysis concept, parameters are transferred to a display and displayed there. The operating displays of the Type 8905 are specifically adapted to the Öhringen waterworks and named after the sampling locations at the request of the waterworks supervisor. This eliminates the possibility of confusing the parameters. The large 7″ touch display can be configured both on the device itself and using a free software program. R+I diagrams, images or different parameter combinations can easily be visualised. The measurements are transferred directly from the sensor via a Profinet interface to a higher-level PLC.

Additional arguments in favour of the Online Analysis System are the low costs of operation and the minimum consumption of water samples. The internal water consumption of the old system was around 15 times higher. It also required high inspection expenditure and consumed significant quantities of reagent.

The waterworks in Öhringen are now well equipped for the future and the new technology platform is under constant development.