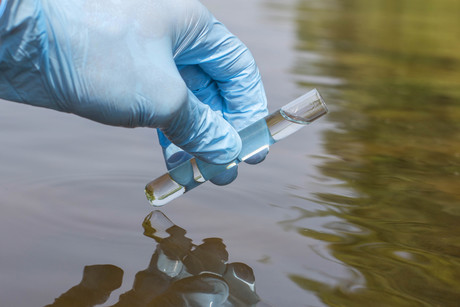 Pumping an aquifer to the last drop squeezes out more than water, as researchers from Stanford University in California recently found out.

For decades, intensive groundwater pumping has caused ground beneath California’s San Joaquin Valley to sink. Not only has this damaged infrastructure, it has also allowed arsenic to move into groundwater aquifers that supply drinking water for 1 million people and irrigation for crops — crops which happen to be growing in some of the country’s richest farmland. These revelations have been published in the journal Nature Communications.

Arsenic is naturally present in the Earth’s crust and a frequent concern in groundwater management because of its ubiquity and links to heart disease, diabetes, cancer and other illnesses. As noted by lead author Ryan Smith, “Arsenic in groundwater has been a problem for a really long time — but the idea that overpumping for irrigation could increase arsenic concentrations is new.”

Smith and his fellow researchers analysed arsenic data for hundreds of wells in two different drought periods alongside centimetre-level estimates of land subsidence, or sinking, captured by satellites. They found that when land in the San Joaquin Valley’s Tulare basin sinks faster than 3″ (7.6 cm) per year, the risk of finding hazardous arsenic levels in groundwater as much as triples.

The reason for this? Aquifers in the Tulare basin are made up of sand and gravel zones separated by thin layers of clay. The clay acts like a sponge, holding tight to water as well as arsenic soaked up from ancient river sediments. Unlike the sand and gravel layers, these clays contain relatively little oxygen, which creates conditions for arsenic to be in a form that dissolves easily in water.

When pumping draws too much water from the sand and gravel areas, the aquifer compresses and land sinks. As explained by study co-author Scott Fendorf, “Sands and gravels that were being propped apart by water pressure are now starting to squeeze down on that sponge.” Arsenic-rich water then starts to seep out and mix with water in the main aquifer.

The researchers said overpumping in other aquifers could produce the same contamination issues seen in the San Joaquin Valley if they have three attributes: alternating layers of clay and sand; a source of arsenic; and relatively low oxygen content, which is common in aquifers located beneath thick clays. And the threat may also be more widespread than once thought, as scientists have discovered in the last few years that otherwise well-aerated aquifers considered largely immune to arsenic problems can in fact be laced with clays that have the low oxygen levels necessary for arsenic to move into most groundwater.

“We’re just starting to recognise that this is a danger,” said Fendorf.

The good news is that the group found signs that aquifers contaminated as a result of overpumping can recover if withdrawals stop, as areas that showed slower sinking compared to 15 years earlier also had lower arsenic levels. They surmised that when water pumping slows enough to put the brakes on subsidence — and relieve the squeeze on trapped arsenic — clean water soaking in from streams, rain and natural runoff at the surface can gradually flush the system clean.

Study co-author Rosemary Knight does, however, warn against banking too much on a predictable recovery from overpumping. “How long it takes to recover is going to be highly variable and dependent upon so many factors,” she said.

The other upside is that the use of the satellite-derived measurements could offer an early warning system to prevent dangerous levels of arsenic contamination in aquifers worldwide, raising the alarm before human health is threatened and offering hope for better water monitoring.

“Instead of having to drill wells and take water samples back to the lab, we have a satellite getting the data we need,” said Knight. And while well data is important to validate and calibrate satellite data, she said, on-the-ground monitoring can never match the breadth and speed of remote sensing.

“You’re never sampling a well frequently enough to catch that arsenic the moment it’s in the well,” said Knight. “So how fantastic to have this remote-sensing early warning system to let people realise that they’re approaching a critical point in terms of water quality.”

The study builds on research led in 2013 by Laura Erban, then a doctoral student working in Vietnam’s Mekong Delta, which was co-authored by Fendorf. As in the San Joaquin Valley, areas of the Mekong Delta where land was sinking more showed higher arsenic concentrations.

“Now we have two sites in totally different geographic regions where the same mechanisms appear to be operating,” said Fendorf. “That sends a trigger that we need to be thinking about managing groundwater and making sure that we’re not overdrafting the aquifers.”