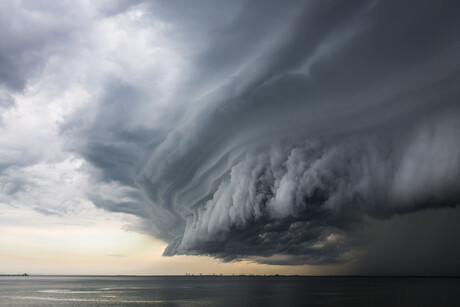 Water is fundamental to the health of our climate, ecosystems, cultures, communities and livelihoods. But the intensifying climate crisis is producing more extreme water events and increasing the damage, disruption and loss they cause to our communities — in 2021 alone, 100 million people globally were affected by floods, storms and droughts.

Australians have not escaped the personal and financial aftermath of these events. The Millennium Drought in south-eastern Australia stretched from 1997 until 2009 and saw the area’s lowest annual rainfall since the beginning of the 20th century. The Murray–Darling Basin and much of the agricultural land in the southern states were decimated.

Earlier this year, regions in northern New South Wales and southern Queensland were battered by storms and flooding. By early August 2022, insurance claims for flood damage in these areas topped $4.8 billion according to the National Insurance Brokers Association.

The floods are now Australia’s second-costliest natural disaster — only the Eastern Sydney hailstorm of 1999 has cost more.

A time to act

The recent Aquanomics report by GHD clearly underscores the urgent need to take robust action to build water resilience and mitigate the frequency and potentially catastrophic impacts of these climate events.

Aquanomics research shows that between now and 2050, future droughts, floods and storms could result in a total loss of AU$452 billion to Australia’s GDP. Added to this are the hard-to-measure social and psychological impacts on those caught up in these events.

“Due to climate change, we are seeing flood and drought cycles at a much higher rate of occurrence than before. We have a growing population, which means more impervious area; we have more people with more water needs to be met; and there is a more sophisticated understanding from communities about what they expect from their water systems.”

An environmental, social and economic lens

Key to addressing this perfect storm is improving Australia’s water infrastructure and exploring how Australia can better manage its water resources while maximising environmental, social and economic benefits.

“Australia’s water infrastructure is built for yesterday’s climate. It is built for a climate that we’re continually moving further and further away from,” Brown said.

She explains that an integrated circular water system with a more adaptive and collaborative approach to water management is the way forward.

“Because of the extreme events we are now witnessing, we need to be bolder and consider more extreme solutions and options that we haven’t put on the table before,” Brown said.

“It’s time to move beyond the traditional large-scale engineered interventions. While these will continue to play a role, we need to reframe our thinking and embrace a long-term, strategic view of resource management. We are already on that journey, but we need to lean further into developing interconnected and holistic systems. This requires a change in mindset, so water is seen as a valuable asset, not a commodity.”

This involves adapting to current and emerging climate trends, rather than repeating yesterday’s infrastructure. And considering ways to conceive, design and build water infrastructure that is cognisant of future extreme events.

“This may mean making more short-term investments with 10- or 20-year horizons instead of spending big on infrastructure that will last for 60 or 80 years. In other words, in some cases it may be appropriate to spend less money upfront on more staged approaches that leave more options,” Brown said.

Adaptation could also include building moveable infrastructure that delivers a more decentralised approach to water management.

“These are things the water industry already does in some areas, but we need to scale up and make it business as usual, rather than the exception,” Brown said.

Improving the efficiency and responsiveness of water systems has the potential to be a game changer in boosting resilience, and in many cases makes economic sense.

“We don’t have a blank cheque to build the water infrastructure of the future. We work in an existing paradigm and have to get the most from what we have,” Brown said.

Emerging technologies like automation, AI and machine learning have a key role to play in enhancing the efficiency of existing water infrastructure. For example, smart devices and sensors allow utilities to monitor assets in real time, enabling more effective maintenance and managing capacity when floods occur.

The Murrumbidgee Irrigation Area (MIA) scheme is one example of an optimisation success story. One of the most diverse and productive regions in Australia, around half the 378,911 hectares in the MIA are irrigated and the area is home to more than 50,000 people with most jobs tied to the water system through farms and industry.

Australia is also looking at wastewater treatment plants nationally to assess the potential for water to be reused for agricultural purposes or for generating hydrogen for energy.

The water industry is naturally a circular industry and has been operating in partial circularity for decades, through end-of-line, biosolid and waste-to-energy solutions.

New thinking is opening opportunities to prioritise circular principles throughout the lifecycle of operations and beyond, connecting the water industry to the broader economy to unlock more sustainable outcomes.

“We need to prioritise solutions that are regenerative and circular, that are deeply connected to place and that have more scope for community benefit,” Brown said.

This is illustrated in the billion-dollar wastewater treatment system in Upper South Creek in Sydney. The Upper South Creek Advanced Water Recycling Centre will be able to treat up to 70 megalitres of wastewater each day and will produce treated water suitable for recycling and environmental flows, renewable energy and reusable biosolids. It will also incorporate infrastructure to help environmental water and wet weather flows.

Voices at the table

Shaping and delivering greater water resilience is a multifaceted puzzle and it requires ideas, insights and innovations from multiple stakeholders. Government and water institutions need to work alongside communities and Australia’s traditional landowners.

“Community has a huge role to play — after all, they are going to bear the costs and live with the risks. The good news is communities today have a more powerful voice and are much more informed and engaged,” Brown said.

“As part of this, traditional owners are also critical to discussions — their knowledge, voice and influence over the process is very important.”

So, what does Brown see as the ultimate goal of water resilience?

“For me it’s about reaching a state where there’s enough water for everything we need and it is produced in a sustainable way — we have enough for drinking, recreational use, the environment and for cultural uses. And we also have water for decarbonising the economy,” she said.

“Most importantly, we need to achieve this in a way that doesn’t overburden our environment, that’s affordable and that makes the best possible use of everything we have.”

“We know with reasonable certainty that climate impacts are getting worse, becoming more extreme and happening more often. The sooner we can be ready and adapt, the sooner we can protect ourselves,” she said.

“Our Aquanomics report is designed to spark this important conversation and provides a robust point of comparison. The changes we need to make will cost money — but not changing will cost much, much more.” 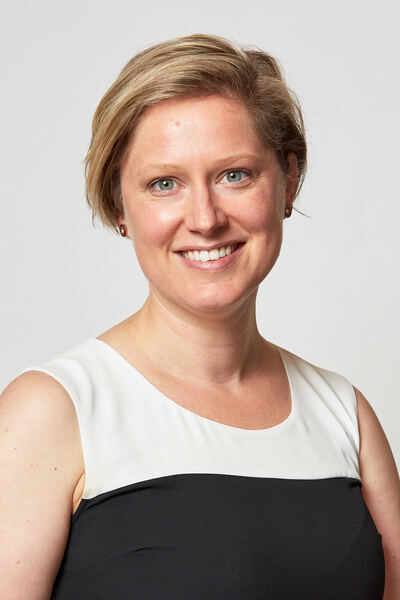