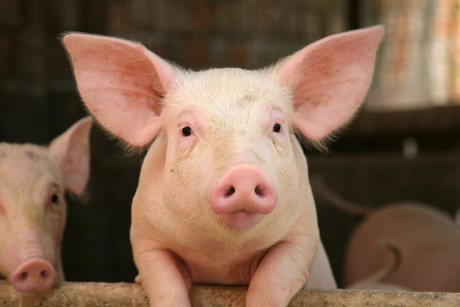 Midwest Piggery has been breeding pigs for over 30 years. A mid-size enterprise, the piggery raises the animals and then sells them to market.

As part of the piggery’s recycling philosophy, all pig waste is collected and broken down before being used as fertiliser on the grounds.

“We collect the pig waste in what we call sump pits,” explained Mat Collier, Principal Partner and Manager of Midwest Piggery. “The effluent is then pumped from the sump up to a holding dam. It then moves progressively through a series of dams before the effluent is eventually ready for use as a fertiliser.”

To move the pig waste from the sump to the holding dam, the piggery was previously using three helical rotor pumps (also known as progressive cavity pumps). Located at ground level and attached to a suction lift, the pumps were proving increasingly inefficient and costly to maintain.

“After we bought the helical rotor pumps we quickly discovered that they have a very fine tolerance. The suction hose started to block continuously and if the pumps ran dry, the motor would burn out and the rubber stator melted.

“Not only did we have to remove the choke, we had to replace the stator, which was incredibly awkward and frustrating. Getting to the stator is difficult enough, and then we had to literally peel away the melted rubber which had stuck to the equipment. Every time we had to clear the choke and replace the stator, it took a good 3–4 hours of our precious time,” Collier said.

The process not only proved time intensive, it was also very costly.

According to Collier a new stator costs about $1000, and because the pumps were choking and burning out with increasing regularity the cost to replace the stator was also growing. In one year alone, the piggery had spent about $10,000 on new stators.

Fed up and frustrated with the helical pumps, Collier started to search for a far more efficient solution.

Coincidentally, Collier’s father-in-law had just read an article on Hydro Innovations and the Gorman-Rupp pumps that they supply and drew Collier’s attention to it. After reading it, what particularly appealed to Collier was the fact that Hydro Innovations was happy to provide prospective customers with a trial period.

“Having paid and used a series of pumps including submersible ones in the past, I didn’t want to spend any more money on pumps that could not do the job. So, coming across a supplier who was happy to let the pump prove itself before I bought it was great,” Collier said.

After reviewing the piggery's requirements, Hydro Innovations suggested the installation of a Gorman-Rupp T2A3-B wastewater pump fitted with a 4 kW motor — a compact model that would provide both the flow and the pressure required.

According to Garry Grant, General Manager of Hydro Innovations, the Gorman-RuppT2A3-B is a rugged, self-priming centrifugal solids-handling pump. Very easy to maintain, the pump has an external removable flap valve that can be removed and inspected without the inconvenience of disconnecting the piping or draining the pump casing. In addition, if any choking does occur, the pump can be easily and quickly unclogged via the removable cover plate.

The design of the pump also allows users to adjust the clearance externally to ensure optimum performance without having to pull it apart. The removable rotating assembly lets the shaft be inspected or replaced by simply loosening four bolts from the drive end of the pump, eliminating the need to disturb the pump casing or piping.

A trial of the pump was organised for 90 days, but within 60 days Collier was convinced that the Gorman-RuppT2A3-B could effectively do the job and purchased the pump. 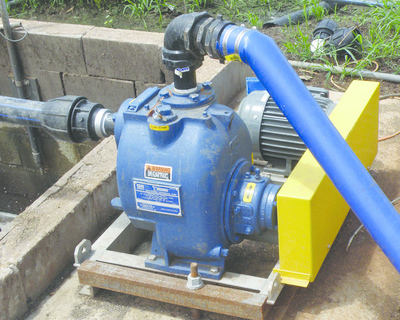 The Gorman-Rupp T2A3-B wastewater pump on site at the piggery.

“Within two months of having the pump installed at the piggery, I knew that it was capable. It moves more liquid than the previous pump and it’s extremely easy to maintain, which for me is the major bonus. The open impeller design makes it very simple to remove any blockages. I only have to loosen two bolts to get inside the pump and clear it, which takes me just 15 minutes,” Collier said.

“And, of course, an added bonus is that we no longer have to waste money purchasing stators,” he said.

Collier was so impressed he purchased a second pump and is now considering a third pump.

Endress+Hauser has introduced the Turbimax CUS50D sensor, a robust turbidity and suspended solids...

The KDS Multidisc Roller system from CST Wastewater Solutions is a compact and cost-efficient...