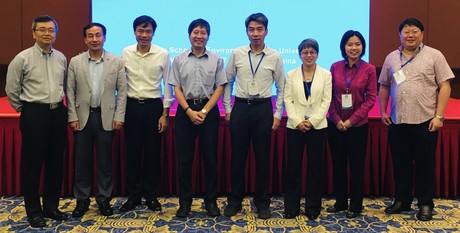 Sewage effluents are a significant source of chemical contaminants, releasing trace-emerging contaminants such as retinoids and oestrogenic endocrine-disrupting chemicals (EDCs) into aquatic environments. Elevated levels of retinoids have been shown to cause abnormal morphological development in amphibians, fish and snails, while oestrogenic EDCs can induce feminisation of male fish and abnormal development in aquatic organisms.

In a bid to address this problem, a team led by The University of Hong Kong (HKU) has conducted a series of tests to determine if a novel wastewater treatment system could effectively remove trace-emerging chemical contaminants, developing a system that removes conventional pollutants while recovering resources such as phosphorus and organic materials like carbon fibres and volatile organic acids. The results are published in Water Research and Environment International.

The team found that sewage treatment plants (STPs) removed an average of 57% of retinoids and 54% of oestrogenic EDCs from wastewater influents. The CEPS process alone was 16–19% more effective than the conventional STPs, removing 65–80% of retinoids and 72–73% of EDCs.

After acidogenic fermentation of the CEPS sludge, 50–58% of retinoids and 47–50% of EDCs were further removed from the supernatants of sludge.

“We are very pleased to gather evidence for supporting our hypothesis that our novel sewage treatment system can effectively remove the emerging chemical contaminants,” said Professor Leung Professor Kenneth Leung from HKU School of Biological Sciences and the Swire Institute of Marine Science.

“With the scaled-up pilot plant in Shenzhen, we will further investigate the removal efficiency of other classes of common pollutants by this novel treatment system.”

Study lead Professor Xiao-Yan Li of the Department of Civil Engineering said, “When the pilot wastewater treatment system in Shenzhen comes into operation and testing, we hope to demonstrate that this innovative technology will use less energy, generate cleaner effluent and recover more useful materials from the sludge.”

Endress+Hauser has introduced the Turbimax CUS50D sensor, a robust turbidity and suspended solids...

The KDS Multidisc Roller system from CST Wastewater Solutions is a compact and cost-efficient...